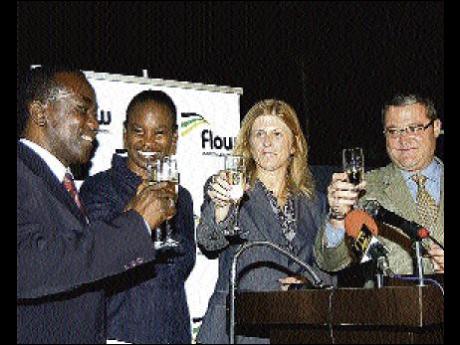 Columbus Communication, trading as Flow, has signed off on deals with HBO LAG that gives the requisite permit to distribute up to 13 channels in Jamaica - 11 HBO/Cinemax channels plus Warner TV and HBO HD.

The details of the contract were not disclosed, but Flow, Jamaica's largest cable company and the first to finalise negotiations, said the rate charged by HBO LAG had different components.

"The way the deal is structured is that they define for us the retail rate, as well as a percentage of revenue based on penetration, which basically means that the more customers that take the service, the better the deal is for us," said Flow General Manager Michelle English.

"The Warner channel is a cost that we include within our line-up," she said, "but the most significant cost is associated with the HBO channels."

HBO LAG said it also reached deals with Logic One and Telstar.

The agreement follows threats of legal action from HBO LAG, hints of cable licences at risk from Jamaican broadcast regulators, and intense negotiations in the fall of 2009 after the channels were pulled from cable line-up.

Local operators argued at the time that their unapproved distri-bution of the North American content was HBO's fault, because of the lack of English content from the Latin American division, whose Spanish feed they were required to take under a licensed arrangement.

The new feed still contains a fair amount of Spanish, but it appears relegated to commercials and announcements.

"We have completed negotiation with all the parties, and local subscribers can once again enjoy HBO channels, but the packages being offered by Flow will be a bit different from Telstar and Logic One, because Flow has a digital service and that's why it is able to offer a much broader service from HBO," said Javier Figueras, vice-president of Sales for HBO LAG.

The cable companies will have to reprice their products to reflect the new package, but have not yet advised the cost to subscribers, although the two free months of subscription on offer run out in less than two weeks, starting January 31.

"I think it's an important piece of content, it is premium programming, so it would be a significant miss not to have that."

The agreements with Telstar and Logic One are somewhat different from Flow's, however.

For now, they will be allowed to include some of the the HBO Caribbean channels in their basic packages, including Warner Channel, which is said to reach more than 20 million homes in 20 countries.

"Nevertheless, as soon as Logic One and Telstar are ready with their digital packages, we will be there as well," said Figueras.

"Right now they are missing the HBO high-definition and flavour channels."

Last October, HBO LAG said it was losing as much as US$6 million per year in unpaid fees from the unauthorised distribution from Jamaica.