Not ready yet? - PNP chastised for calling early House sitting though unprepared to debate IMF issues 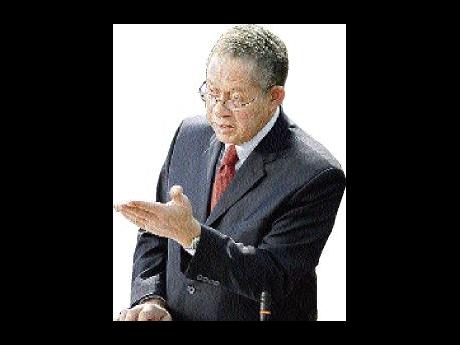 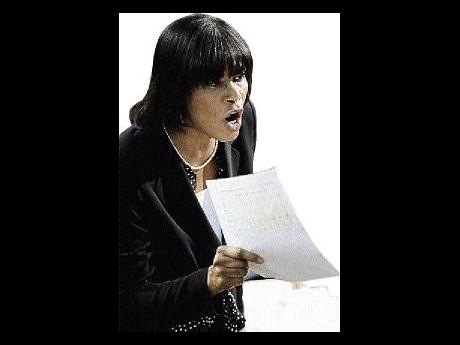 The Parliamentary Opposition was yesterday left with egg on its face after a noisy sitting of the House of Representatives.

Its parliamentary leader, Derrick Kellier, told the House that the Opposition was not ready to participate in the debate on the new economic framework.

Spurred by public reaction to the tax measures announced by the Government, the Opposition earlier this month energetically called for the debate.

But having soaked up the pressure, it was the Government's turn to seize the moment and the members would make much of it.

The gleeful Government members taunted their Opposition counterparts as Kellier attempted to make his case.

It was a sitting, the first for the 2010 calendar year, in which the interest of Opposition parliamentarians in the debate seemed to have fizzled.

This is in stark contrast to its strident chastisement of the Government's refusal to accommodate a debate on the tax package earlier this month.

Even with the lone absentee at the so-called protest sitting, Kern Spencer, turning up for yesterday's legitimate sitting, the Opposition was not as well represented as it was earlier this month when the group came to Parliament without the Government side.

The Opposition, which had clamoured for the debate, called for a postponement, as the man expected to lead the Opposition's firepower, former finance minister, Dr Omar Davies, was absent.

In appealing for a deferment, Kellier argued that the issues were complex, but clearly ecstatic Government members would have none of it.

The Government side prompted Speaker of the House Delroy Chuck to proceed with the debate, amid noisy reactions from the Opposition.

Howls of protest from the Opposition benches greeted Holness' reaction.

The House majority leader painted a glowing picture of the Government's cooperation with the Opposition.

Holness said all documentation, including the letter of intent to the International Monetary Fund, was dispatched to the Opposition to facilitate its participation in the debate.

"There is nothing in the documentation that should prevent them from participating," declared the House leader.

As the noise levels of the sitting increased, a heated exchange erupted between Holness and Opposition member Peter Phillips, precipitating the intervention of Speaker Delroy Chuck.

Phillips asserted that it would be wrong to play politics with such a serious issue.

Chuck called on Phillips to withdraw his statement.

Phillips refused but softened his tone and called for unity in proceeding with the nation's business.

But the matter did not end there, as Prime Minister Bruce Golding jumped in.

He stressed that his administration had created a precedent by turning over the International Monetary Fund's letter of intent to the Opposition.

In seeking to demonstrate the "cooperative attitude" of the Government, Golding said the "Opposition's misrepresentations" would not be condoned.

The prime minister said the Opposition would not be allowed to dictate when it planned to participate in the debate.

However, the prime minister said the debate would get under way and continue today, when he is scheduled to speak.

Parliament is also likely to sit tomorrow to facilitate conclusion of the debate.

She charged that the Opposition could not properly examine the letter of intent, which was dispatched to it 24 hours earlier.

Simpson Miller said her side had been cooperative in its engagement with the Government and accused the Golding administration of heavy-handedness.

In the end, Finance Minister Audley Shaw opened the debate on the motion.