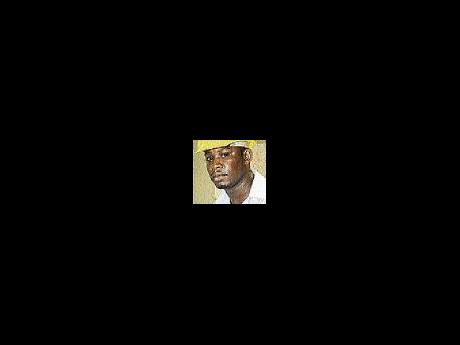 I stumbled upon Maggie Smith Forbes in an unfinished section of the Hpital de la Communauté Haïtienne.

She was smoking a cigarette and staring into space. But that changed when she realised she was not alone.

Maggie is a registered nurse from the United States who has come to volunteer in Haiti.

When I introduced myself as a Jamaican, Maggie smiled, took another puff and then put out the cigarette.

"I am Jamaican too. I was born in Lionel Town, Clarendon," she said.

We chatted for about half an hour, during which I learnt that she was part of the Mission of Hope delegation here in Haiti providing assistance to earthquake victims.

"My heart bleeds for my countryman of the islands. I had to come. The situation reminds me so much of back in the '70s in Jamaica with the strife, the shanty towns, and yet people could be happy. And you see it here. The people just want to be happy," Maggie says.

She then shared her experience of her first day volunteering in Haiti.

"When we arrived the first thing we come to is this little newborn baby who was cold and had low sugar and we were trying to find stuff to keep that baby alive. We were able to keep the baby alive and by the afternoon the baby was doing well and it went home with mom.

"But then we took care of a 13-year-old who broke his neck. He died last night," Maggie said. She took a long pause. Then a sigh came.

"You can feel the devastation through the emotions of the people. I know I am in the right place but I don't know why I am here. You feel like you do something but it is just not enough. It is very, very emotionally draining. You have to close it (emotions) off because if you don't close it off you can't function and if you can't function you can't help the people."

Shy away from buildings

Since the 7.0-magnitude quake shook the country last Tuesday, many Haitians have avoided entering buildings. Many have lost their homes and have taken up residence in tents in open lots. Even the injured and their aides shy away from treatment in buildings.

Patients - even the dead - are attended to outside where hospital beds and bed linens have been placed.

But for some, life goes on. Less than 50 metres from five bodies sprawled near the roadside in front of the hospital, a chef is juggling two pots. And still closer to him is a section of the relocated hospital ward.

An accident could mean injuries for some patients.

The stench of stale urine and mountains of garbage betray the spirit of a people whose daily action suggests they are fighting to put the catastrophe behind them.

Even though the sun hid behind the clouds for most of yesterday, Haitians from daybreak were on the dirty, congested streets cooking, peddling their wares or just trying to go about their business.

But that robust action and business-as-usual stance belie the experience of hundreds of thousands of countrymen who have been severely hurt, many incapacitated, by the disaster.

Maggie was struck by this reality on her first day.