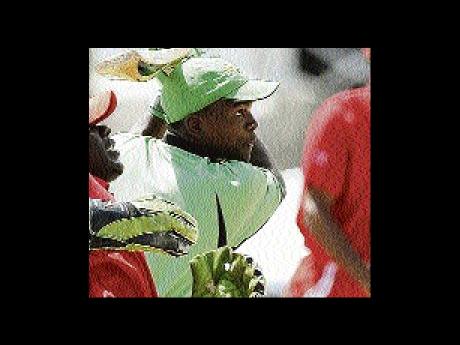 Winning the toss and electing to bat, Eltham, who lead Group A with maximum 15 points from three games, made 265 for five declared with Joseph Dennie getting 105, captain Keino-Paul Sailsman 72 and Davian Thomas 54 against pacer Orville Foster, 3-50.

Captain Sailsman was upbeat after the win.

"We went out there and did the basics and followed the coach's instructions," said Sailsman.

"We play Jamaica College next Tuesday and we just want to maintain same discipline.

"Over the years, they (JC) normally give us a fight, but when we look on the teams - player for player - I think we have the edge over them," he added.

At the Courtney Walsh Oval, Excelsior, led by 124 from national Under-19 batsman, Ramon Senior, made 124 to guide Excelsior to a 123-run win over Waterford in another Group A clash.

It was Excelsior's second win in as many matches and it moved them to joint second with JC in the group.

KC were first bowled out for 86 with off-spinner Peat Salmon claiming 7-10 and Michail Powell 2-24. Allan Morgan made 33.

Innswood in reply scored 90-3 with captain Oraine Williams getting 30, and Dwayne Bennett 30 not out.

"The plan is to go one better than last year and we are slowly but surely getting there," said Innswood coach, Kirk Gordon.

"I have a very competitive squad and we are going through a rotation process and bringing in at least two players for each game regardless of the margin of victory. We will be continuing this for all of our first round games until we reach the semi-finals," he added.

In other results, St Catherine moved into third position in Group B following a two-wicket win over Wolmer's at Wolmer's. St Jago remained second after getting the better of Spanish Town at Monk Street, and Campion defeated Bridgeport in the battle of the cellar dwellers.

The competition will continue tomorrow with seven games across the two groups.

Group A: Jonathan Grant vs JC at Prison Oval, Waterford vs Calabar at Waterford, Norman Manley vs Excelsior at Maxfield Park