Air Jamaica deal one week away 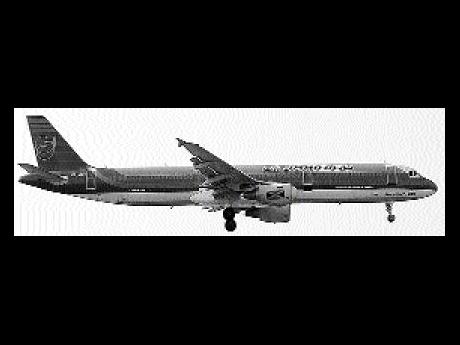 Trinidad will say within a week whether it is buying Air Jamaica, and will disclose the terms under which it will takeover the loss-making carrier, Finance Minister Audley Shaw said Wednesday.

"We expect to get a firm answer, aye or nay in January," Shaw said, who was quizzed on the status of the divestment at the Mayberry Investor Forum in Kingston on Wednesday.

Jamaica is negotiating with Caribbean Airlines, which is owned by the Trinidad government, for a friendly takeover of Air Jamaica, but if the deal goes through, about 70 per cent of the airline's staff would lose their jobs.

"The new owners, if they are successful, have already sent the signal that if they take it over, they want 350 Jamaican workers - in maintenance, air hostesses and pilots - 350, coming down from 1,200," Shaw said.

The 30 per cent retention, he said, is only because the new owners plan to keep the routes and are likely to need planes to fly them.

"They will need the Jamaicans because the planes are the type of planes that our pilots know how to fly. They'll probably need to keep the planes because they will keep the routes," he explained.

"We are seeking to divest Air Jamaica on the best terms available and to ensure that we have the seat-lift capacity from all those cities for which we have tourism and Jamaican market travellers. We want to ensure we preserve those markets."

The divestment of Air Jamaica is one of the conditions of the agreement with the International Monetary Fund, which is expected to sign off on a US$1.25 billion loan facility for Jamaica on Wednesday, January 27.

Shaw said to divest the airline it would cost the Jamaican Government $27 billion (US$300 million).

Caribbean Airlines will not be assuming the airline's US$1.3 billion of accumulated debt.

Shaw said much of that liability are monies owed to the Jamaican Government, which, he said, "we will have to absorb over time".