Jobless pay on the agenda - Government, unions to discuss issue in February 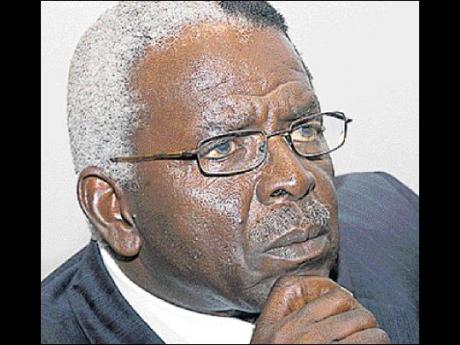 Pearnel Charles, minister of labour, says discussions on introducing unemployment benefits in Jamaica are at an early stage.

While Jamaica has not yet decided to follow The Bahamasand other Caribbean governments in setting aside funds to support persons who have lost their jobs, Labour and Social Security Minister Pearnel Charles has said the matter is set for discussion with trade unions when the matter of redundancy pay for civil servants set to lose their jobs comes up for talks next month.

In April 2009, the government of The Bahamas funded an unemployment benefit scheme for US$20 million to assist former workers who lost their jobs in the ongoing economic recession.

Around the same time, Charles announced that the Bruce Golding-led administration would be examining the possibility of a similar arrangement for Jamaican workers.

Charles told Sunday Business that the matter would be on the agenda when the Government and unions sit down to talk separation pay for scores of public-sector workers expected to be sent packing by the end of March.

Charles has been clear to point out that recent references by Golding to improvements in the country's social safety net did not include unemployment benefits, but are related instead to assistance for the very poor, including children, the disabled and pensioners.

While there are currently no benefits available to those who lose their jobs, the needy may seek benefits under the Programme of Advancement Through Health and Education (PATH), a poor-relief scheme administered by the labour and social security ministry that links cash payouts to families with school and hospital attendance by children.

Some 40,000 Jamaicans are said to have lost their jobs during the economic contraction of 2009, and it is projected that more will face the axe under planned divestment and restructuring programmes that are part and parcel of a deal the Government is pursuing for a US$1.3 billion loan from the International Monetary Fund.

The Bahamas' unemployment programme is paid for from the medical fund of the National Insurance Board. According to Charles, any similar fund being contemplated for Jamaica is likely to require contributions from the ex-workers themselves and their former bosses.

In a working paper published by the Inter-American Development Bank (IDB), seven such facilities are said to exist in the Caribbean.

In general, workers are eligible for four to 12 months of assistance, depending on how many years they have been working before layoff.

Under such arrangements, an unemployed person with only one year of employment in his or her former job would get four months' income support. Ex-workers with between two and three years on the former job access eight months of unemployment pay. The maximum benefit of one year of insurance payments is for those persons with three or more years on their former job.

But while supporting unemployment-pay schemes, the IDB study expressed concern about the large informal sector in Latin America and the Caribbean which renders large swathes of any population unable to be covered by an unemployment benefit scheme.

In April last year, the Planning Institute of Jamaica published the policy paper, 'The Global Financial Crisis: Critical Social Issues For Jamaica', which recommended a 40 per cent hike in cash grants to PATH beneficiaries, the introduction of "economic empowerment grants", and the introduction of unemployment insurance, with a link to training as an alternative to redundancy pay.