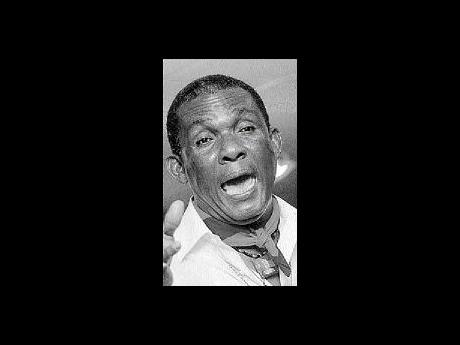 Boothe is likely to perform an extended set, similar to John Holt's two-hour set at the same venue on January 3.

Boothe will be backed by the legendary Lloyd Parkes and We The People band.

Boothe was one of the most popular and soulful singers of the rocksteady era, arguably second only to Alton Ellis. Where Ellis was silky smooth, Boothe's vocals were deeper and grittier, earning him a reputation as Jamaica's answer to Wilson Pickett. First rising to popularity as part of a ska duo with Stranger Cole, Boothe forged a solo career on Clement 'Coxsone' Dodd's Studio One label during rocksteady's prime, building a generous part of his repertoire on American soul covers. Even after the advent of Rastafarian roots reggae, he managed to score further hits with other producers, most notably the British chart-topper Everything I Own.

Kingsley Cooper, a partner of Studio 38, said he believes the live vintage series is filling a gap in the entertainment landscape.

"We're trying to bring back great live music to Kingston, and with Studio 38 we have a unique opportunity to do that," said Cooper. "People enjoy coming here and it's conducive to the type of music we want to present."

Cooper added that judging from Holt's performance, fans could be in line for a treat of all of Boothe's hits.

"John Holt's (performance) was incredible. He did songs people had forgotten and came back for an encore and did four big songs," said Cooper.

"We like to provide artistes an opportunity to do an extended show, especially with Boothe's catalogue."

Cooper added that the event starts around 6 p.m. with Boothe performing later in the evening.