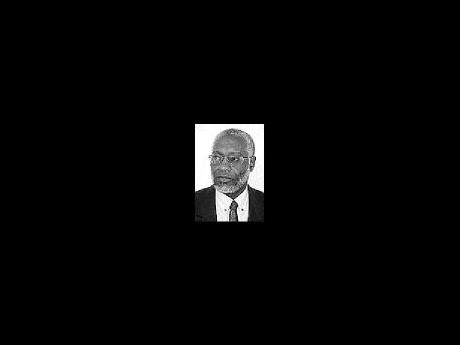 An earthquake in hilly terrain is a deadly combination. But during heavy rains, even minor tremors can trigger devastating landslips, mudslides and debris flows, and several locations in Jamaica are vulnerable. For some answers to the catastrophic potential of local landslips, Northern Caribbean University (NCU) conducted research on a tiny hamlet at the foothills of the John Crow Mountains in the upper Rio Grande Valley of north-eastern Jamaica.

This project culminated in a research paper published in the November 2009 issue of Environmental Earth Sciences (The International Journal of Geo-sciences), which aimed to explain the cause of the 2005 series of landslips, suggesting how the impacts of such slope failures can be prevented, anticipated, and decreased. Back then, four landslips within two hours rapidly buried seven houses under thousands of tons of broken rock and soil. In addition to direct human and property losses from such events, the "rock flour" released in water may kill fish by greatly reducing their visual ability to find food. Fish stocks can therefore be substantially reduced with increasing levels of turbidity (the result of slow settling of microscopically fine rock sediments).

Many decades ago, before the widespread use of fine cutlery in most rural Jamaican households, a gourd tree (Crecentia cujete) provided the 'calabash' or 'packy' for liquid or semi-liquid dishes, meats and fish-kind, several of which were preserved in salt. In one location in eastern Portland, landslips occurred every year in the rainy season (just before Christmas time). As locals were guaranteed jobs clearing the landslips, their meats were assured, and this is how Salt Packy, 14 km south of Port Antonio got its name. Today, landslips no longer occur at Salt Packy. But though the problem was fixed there, currently, a landslip just 5 km away at "Friday" (notorious for its high frequency of landslips) has for the last three months, cut off the villages of Comfort Castle and Mill Bank in the upper Rio Grande Valley from the rest of Jamaica.

The NCU findings showed that a relatively hard, impermeable sub-surface gray shale rock lubricated its interface with a highly porous overlying 15-meter thick material made top-heavy by a trapped influx of water. After its exposure by the landslip, this hard rock itself was quickly slaked (crumbled) by high frequency wet/dry diurnal (daily) cycles.

Steepened slopes left by landslips increase ground drying speeds by accelerating water runoff (removal) rates. Early morning rains at and around the study site are much more frequent than in any other part of Jamaica, with subsequent sunny periods by late morning. With such short intervals, insufficient recovery times cause certain rock types to swell and shrink too rapidly, cracking and shattering them. For example, several 3-cm deep slickenslides (scratches in rock made by massive, moving objects powered by nature) which were observed on the first day after the landslip, were no longer visible 10 weeks later.

Experimental work in the study showed that temperature extremes, or water coverage when separately applied could not have caused the rapid disintegration of the freshly exposed shale rock.

Such local landslips produce a double threat - to human life and property, and, potentially, to aquatic life. The landslip material, which came from the gray shale over thousands of years, having high porosity but low-permeability (restricting water movements), trap huge volumes of water during prolonged or intense rains.

How can these landslips be decreased or stopped? Salt Packy may have the answer: a sub-surface drain installed more than 50 years ago still relieve pore pressure during heavy rains. Sub-surface drains should be placed at some distance above, and not directly on, the underlying hard rock layer, because water follows paths curved upwards from an impermeable layer.

Additionally, where nature or humans cut deeply through rock layers as by a river gorge or road cut, there is often a "safe" side where the rock layers point upwards, and an "unsafe" side where the rock units point to lower ground. Take, for instance, the infamously dangerous Junction Road between Kingston and Annotto Bay, St Mary. Here, the road is often on the "wrong" side of the river gorge, such that landslips frequently occur in the same places on a seasonal basis. Buildings including dwelling houses should therefore be placed on the appropriate side. Other places such as the Christiana environs are of a soil type and terrain requiring similar preemptive measures.