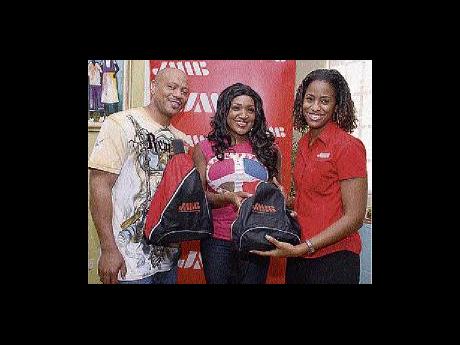 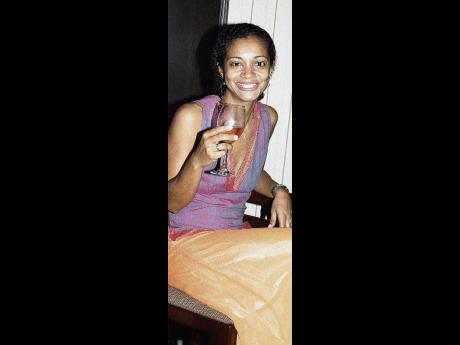 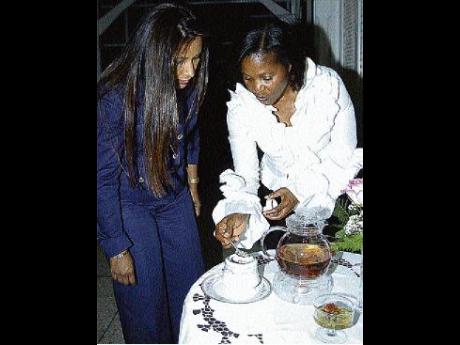 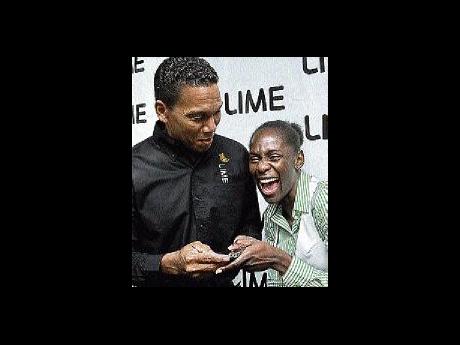 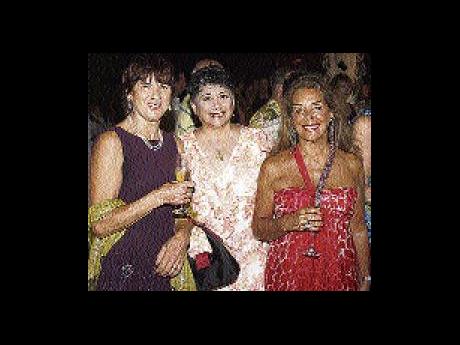 American 100m and 200m world champion, Maurice Greene, and 400m Olympic gold medallist, Bahamian Tonique Williams-Darling (centre), show off tote bags presented to them by Imani Duncan, JMMB group marketing manager, on their recent tour of the company's head office. The athletes were in the island to motivate youngsters who participated in the JMMB-sponsored Douglas K. Forrest Invitational Meet, at the Stadium East, recently. - Contributed

Club de Vin's members and friends were out last Thursday for the monthly wine meeting at Veena and Denny Chandiram's home, The Lagoons, in Montego Freeport. Back in the city, the Consular Corps of Jamaica hosted high tea at King's House.

Lady Allen (right) and Sheila Benjamin-McNeill find something interesting as they get ready for tea.

Sprinting sensation Kerron Stewart could not contain herself when Chris Dehring, LIME Jamaica's chairman, surprised her with a BlackBerry Bold smartphone during her visit to LIME's head office, in Kingston, on January 13. - Contributed