Awful reasoning from an educator 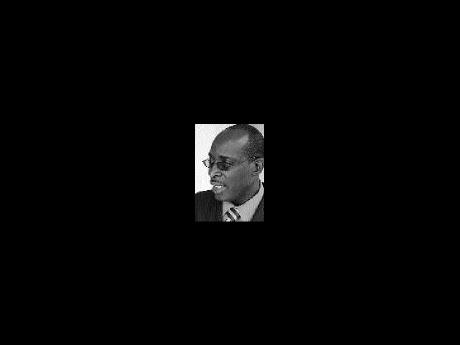 Many Jamaican youths employ inductive reasoning to come to conclusions and make decisions. But what they call a conclusion is just a hypothesis to be tested. Decisions and actions made in this way become precipitative, ad hoc, and can be downright dangerous.

But even adults can make mistakes. Ruel Reid in Sunday's Public Affairs article on education provides one example of bad reasoning: coming to conclusions based on one particular experience.

In attempting to convince people with the notion that CSEC English language is not a test of literacy, Reid, a noted educator and headmaster of the esteemed Jamaica College, argues the following: "A few years ago, several of my students at Munro who had received grades 1-3 in CSEC took GCE in grade 12 and all of them got A's. The students were prepared for the GCE exam using CAPE preparation."

Need I say more, for this is his proof?

The educator also states that some students would do better in CSEC at age 18 or 19 rather than at age 16. Yes, that is true. On that basis, he concludes that "hence, when our students succeed in our system, they can go anywhere in the world and do well." His logic, not mine!

Yes, some people would do better on the same materials at 23 and some better yet at 13, and still others at 50.

Moreover, on what basis does this educator come to his conclusions regarding the efficacy of our system compared to those elsewhere in the world? Has he measured the Jamaican performance against that of other students in specific age cohorts in, say, Singapore? No.

He also seems to be suggesting that Jamaicans are, developmentally, better off taking the same exam at 18 and 19 that the Brits (and Finns and Singaporeans) do at 16. Perhaps he is right, but I do not believe so.

For equity, states the educator and principal, we should introduce the school-based assessment in English and mathematics.

My comments: these assessments do help to improve the grades of students because of the way they are marked, the easy access to information (cut and paste from the internet), and because they do not require use of critical thinking skills and real research skills in actuality - on paper, yes. In most cases 'research' is merely just a review of the literature (via the internet). And some students pay for their SBAs! God help us if we did not have SBAs, our passes would be even worse, I think. So, the whole notion of SBAs need to be rethought.

SBAs are not a mechanism for improving performance in those two subjects at his school, or any other, for that matter. Rather, they are a way of improving grades.

If decisions are made with this kind of reasoning, the nation can expect further waste of money and declining performance, nothing more.