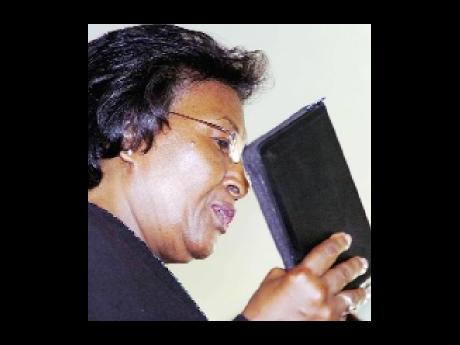 Minister of Justice, Dorothy Lightbourne, is defending her decision to deny the extradition because the request related to charges Bingham had been to courts about before. - File

DESPITE A public statement on the reason the Jamaican Government has denied an extradition request from St James businessman, Presley Bingham, the United States (US) Government is still waiting on answers.

While the US awaits the extradition of three more Jamaicans whose cases are partially completed in the courts, Isiah Parnell, charge d'affaires, US Embassy, Kingston, said his government wanted to know why the Bruce Golding-led administra-tion had denied the request.

"We remain convinced that the extradition was prepared and submitted in accordance with the terms of the Treaty and hope to get a full explanation for the refusal of the extradition request over the next few days," said Parnell.

In an email, the charge d'affaires dis-closed that the US Embassy was very disappointed that the Government of Jamaica had denied its govern-ment's request to extradite and try Bingham on what were very serious drug charges.

He said his government had a long history of working successfully and cooperatively with the Jamaican Government on extradition matters because it served the interest of both countries.

But a release sent on the weekend by Minister of Justice, Dorothy Lightbourne, defended her decision.

According to the release, the extradition was denied because the request related to charges he had been to courts about before.

A previous extradition request for Bingham had taken longer than was legally allowable and he was freed by the Court of Appeal.

The court had said verbally that the US should not seek to rearrest Bingham on the same charges, a fact the justice minister said, in the release, was important.

Bingham was arrested on July 12, 2009, on a renewed request by the United States for the same offence and based on the same indictment.