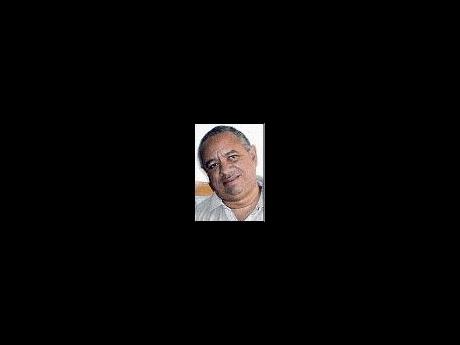 I SUPPOSE I oughtn't to be surprised at the 'poppy show' the hemisphere has made of the recent Haitian tragedy.

Tears and fears are not what Haiti needs now nor has it ever. Earthquakes happen as do many other natural events (called disasters by those unfamiliar with Mother Nature) but, as usual, this event's purpose has been lost in a maze of politricking, game-playing and evangelistic dishonesty. I can hear you muttering to yourself, "What's this lunatic babbling on about now? Has he been hit in the head by a domino? How can an earthquake have a purpose?"

For too long, the world (including especially CARICOM) has ignored not only Haiti's plight but the historical conspiracy that has created it. In a seminal piece published elsewhere on January 17, John Maxwell highlighted the most recent act of hostility to Haitian progress by the United States and France who, in a tactic eerily reminiscent of the fate of Toussaint L'Ouverture, conspired with some Haitian soldiers to successfully overthrow and spirit away a duly (albeit somewhat dubiously) elected head of state. But it didn't start there.

Haiti has always been a source of potential embarrassment to the US from the time of the successful slave revolt of the late 18th century, inspired as that was by the revolution at its colonial headquarters that resulted in the French aristocracy's removal (symbolised by Marie-Antoinette literally losing her head) and the installation of radical democracy in France. Apparently, liberté, galité, fraternité were ideals at home but not so institutionalised at the time as to be transportable to the Caribbean and applicable to the government of a former French colony by persons of African descent. So, when Vincent Ogé requested the right to vote for "free coloureds", the colonial governor refused. Ogé led a brief insurgence, was "arrested" and brutally executed by being broken on the wheel.

I believe this was the spark that ignited the Haitian revolt as, previously, the slaves weren't involved in or meant to benefit from Ogé's struggle. The revolt's success was mainly serendipity. French military resources were stretched by its war with Great Britain and, when Spain, also not very fond of the French and who controlled the rest of Hispaniola, invaded Saint Domingue (as it then was), there were only 3,500 French soldiers left from an original contingent of 6,000 sent to quell the rebellion. Freedom was 'negotiated' (a deliberate euphemism to cover 30 years of further struggle and intrigue) by the French to avoid military embarrassment.

But 'freedom' came at a huge cost. France insisted on a massive fee (amortised equivalent about US$20 billion) to free the slaves and for 'independence' from France. Haiti had to borrow from French Bankers to pay the first instalment in 1825. France recognised Haitian Independence in 1834, by which time its future was mortgaged to international banks. Thereafter, the US used every possible tactic to ensure that nothing Haiti did (e.g., succeed) encouraged American slaves into similar revolt. The US has never let go of the Haitian wheel, including occupation in 1915, and installation and propping up of the puppet Duvalier regimes.

Haiti remains America's permanent warning to the World that blacks can't run countries. Economic embargoes, pursued against Haiti and Cuba, were considered unsuitable against South African apartheid. And CARICOM can't escape blame. It has ignored Haiti's plight forever, while it fawns at America's feet, seeking whatever favours possible for itself. Has anyone noticed the proximity to Hillary Clinton's Jamaican visit of our sudden rush of compassion for Haitians fleeing to our borders? This ensures that as few as possible reach American shores.

Nobody cared about Haiti. So, in steps Mother Nature to broadcast Haiti's plight so loudly and graphically that nobody dares allege they don't see. The question is: What will CARICOM do? Will we send a few blankets, diapers, shovels, shed a few tears, say a few prayers and restore the shanties? Or will we finally insist on proper compensation to Haiti for past abuse? Will we call on France to borrow US$20 billion from the IMF to repay Haiti the extortion money it extracted for 'freedom'? Now that America's repressive policies have failed; now that first slavery and then apartheid has been abolished in America; now that America itself is under Black rule; what will America do for Haiti? Will America open its borders to fleeing Haitians? Will it facilitate sustainable development? Or will America be content to weep, wail, knash teeth, seek media ratings, and, of course, pray?