Entrapment! - Buju's lawyers claim he was set up; demand details on the police source 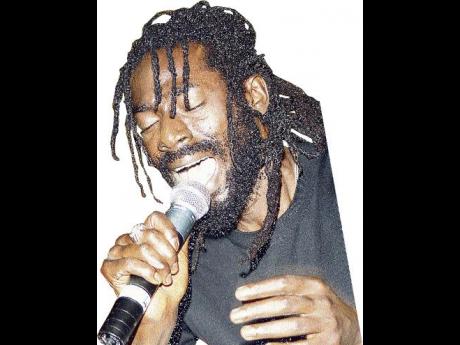 Reggae superstar, Buju Banton, who has been jailed in the United States since December 10, last year.

Lawyers representing dancehall star Buju Banton, real name Mark Myrie, have filed a motion in court demanding the naming of the confidential source who is a key part of the case against the Jamaican.

The lawyers are using an entrapment defence as they try to get Buju freed of charges of conspiracy to possess with intent to distribute five kilograms or more of cocaine, and aiding and abetting the possession of a firearm during the course of an illegal activity.

In court yesterday, the lawyers filed a motion for an order "compelling the government to disclose the identity and location of the confidential informant who was an eyewitness and participant in the events, which are the subject of both counts of the indictment".

According to the document filed in the court: "The informant was clearly an active participant in the entire chain of events."

Buju's lawyers further argue that: "The facts and circumstances of the confidential sources' contacts with Mr Myrie display a deliberate effort by a paid informant to ensnare a perfect stranger, who happened to be sitting next to him on an international flight, into committing a crime, thereby ensuring the informant more money."

The lawyers claim that the informant first met Buju on a flight from Madrid, Spain, to Miami, Florida, on July 26, 2009 by: "Sheer chance, bad luck or other reason to which the defendant is unaware."

According to the lawyers, the police informant spent the next several months trying to convince Buju to purchase cocaine.

They note that, in the papers filed in court by the United States Drug Enforcement Agency (DEA), there is no mention of any contact between Buju and the informant

before December 8, days before he was arrested.

"The confidential source is a paid government informant. In addition to refusing to disclose the identity, the government has refused to identify the prior cases in which he has been involved, the outcomes of those cases, the amount of money he has earned making cases for the government, or even the amount he has been paid (or expects to be paid) in this case," said Buju's lawyers in the document obtained by The Gleaner.

The lawyers are also requesting evidence of all payments made by state and federal law enforcement authorities to the confidential source in this case, and in other cases where the source operated as a paid informant.

Buju has been in detention in the United States since December 10 when he was held in Florida after a DEA sting operation, during which his two co-defendants were arrested at a warehouse where they had allegedly gone to buy cocaine.

The dancehall star was not at the warehouse at the time the others were arrested, but the DEA claims it has audio and video evidence of the artiste testing a package of cocaine.

Buju is being represented by prominent US attorneys David Oscar Markus and Marc David Seitles.

He is slated to return to court on February 4 for a status conference before the trial begins in the week of March 1.

The DJ will remain in custody while his attorneys manoeuvre.