Owen in the driver's seat 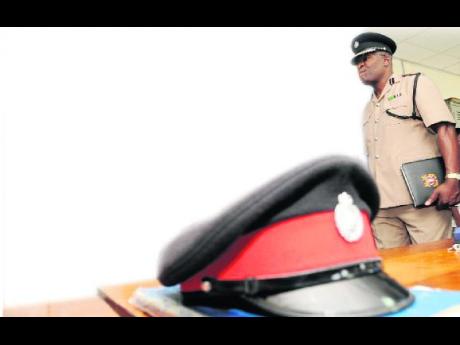 Ellington, who has been acting as the police commissioner since late last year, has been given the nod by the Police Service Commission.

A highly placed government source yesterday told The Gleaner that the formal announcement could be made as early as today, but the administration had until next Sunday to do so.

According to the source, the Police Service Commission spent yesterday in a meeting hammering out Ellington's compensation package.

When contacted yesterday, National Security Minister Dwight Nelson said the Public Service Commission had not formally communicated its decision to him.

According to Nelson, the guessing game will be over by the end of this week, as an official announcement will be made by Sunday.

However, even as Nelson stayed coy, Gleaner sources were adamant that the decision to appoint Ellington was finalised late last week.

It was largely expected that Ellington would have been selected, but the Police Service Commission still invited applications to fill the post.

The 47-year-old crime-fighting veteran has spent about 30 years in the Jamaica Constabulary Force and his appointment signals that the Police Service Commission has reverted to the practice of selecting a commissioner from within the ranks, after two less-than-successful attempts to appoint a commissioner who was not a career cop.

In 1993, Colonel Trevor MacMillan, an army veteran, was asked to serve as commissioner but, when his tenure ended abruptly, Francis Forbes, a veteran police officer, was selected.

Lucius Thomas, another veteran of the force, replaced Forbes, but, when he resigned, the Office of the Services Commission again turned to the army for the top cop.

Lewin, a former head of the JDF, was given the job but he lasted less than two years.

Ellington was then selected to act in the post and his posture suggested that he was confident that he would have been appointed.