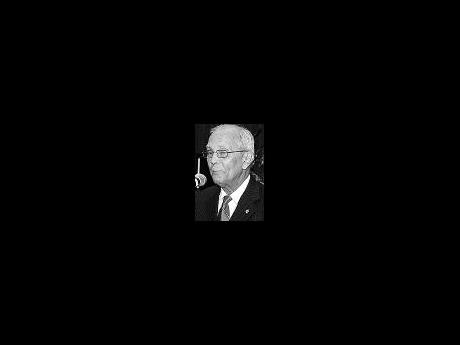 "I genuinely believe a lot of money was spent which need not have been spent, I think the cost of the exercise could have been signifi-cantly mitigated if the approach taken was 'okay we are in trouble; we understand the cause of the trouble'. If you knew the cause, why adopt the attitude we are dealing with rogues and vaga-bonds," Lalor said at the Financial Sector Adjustment Company (FINSAC) commission of enquiry yesterday at The Jamaica Pegasus hotel.

The crash, Lalor believes, was caused in part by the People's National Party's economic policies of pursuing high interest rates. This, he said, played a big part in unravelling the insurance industry, and his company in particular.

Lalor, who is now the chairman of the Insurance Company of the West Indies, said that LOJ was a sound company with many talented persons. He, however, said that the company, along with the rest of the insurance sector, was burned by the government's policy to pursue high interest rates to battle high inflation at the time.

Lalor said the Government's policies led to the values of properties and equities plummeting. This fall in asset values meant that it no longer matched the liabilities contracted, leaving LOJ needing a substantial injection of capital.

He said this substantial injection of capital was not forthcoming from the Government, who the company approached. He said that while the Government knew of problems, they did not treat it as a matter of urgency. The help that the company eventually got was described by Lalor as tier-two capital, which he described as debt, as opposed to tier-one capital, which would be investment.