A taste of Jamaica 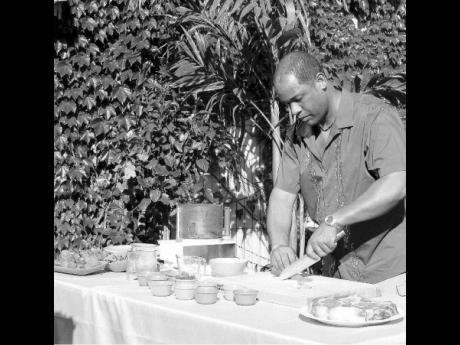 The session, titled 'Jerk and Rum: A Taste of Jamaica', was an adventurous and interactive class revealing simple techniques on creating delectable cultural dishes.

Spence guided participants on a gastronomic adventure enriched with exotic spices and flavourful meals. Guests enjoyed dishes from 96 Degrees in the Shade- a tantalising menu designed by Spence. It consisted of Jamaican jerk red snapper with Chadon-Beni sauce, Jamaican rice and peas, codfish fritters, and Island Rum pudding - flavours which left an enticing taste of the exotic island. Guests were also able to learn about Jamaica as a perfect island getaway and received stuffed goodie-bags, recipes, and information on how to plan their next trip or simply prepare a meal inspired by it.

Spence's culinary passion and remarkable journey - from managing a little 'jerk shack' in the Bronx to becoming executive chef and owner of the critically acclaimed suburban New York Ripe Kitchen & Bar in Mount Vernon, has propelled him to become one of the foremost ambassadors of Jamaican cuisine; sharing the savoury delights that make Jamaican gastronomy an authentic and unforgettable experience.