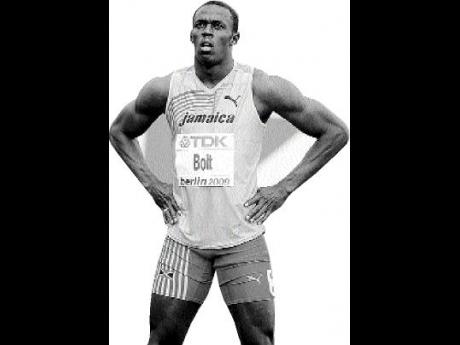 BANKING ON his international star power to sell hotel rooms and attractions, Jamaica has in-vested US$420,000 to develop and produce the 'Usain Bolt Jamaica Advertising Campaign' to market its tourism product overseas.

It would have cost more, but Bolt did the ads for free, saving the country US$1 million, said Tourism Minister Edmund Bartlett.

The ads will hit cable on February 8 in traditional markets in the United States and will be rolled out over time in new markets, such as China, Brazil, Slovenia and Russia.

"This ad campaign will go a long way because it will bring us into areas that previously Jamaica was only thought of, but now will make Jamaica alive and visible," he said.

"We believe that this television ad is going to be very positive, very strong out there in the marketplace and as Bolt continues to confound the world, so will the power of this ad be driving more feet to the streets of Jamaica," he said.

"When we tried to quantify what this would really cost, it ran close to US$1.5 million, so,8 in effect, there is a saving for Jamaica in all of this of a little over US$1 million," the minister said.

The television ads consist of three spots: the first, titled 'Stop', follows Bolt through a day of training, as he runs through the countryside but stops repeatedly to view the scenery; in 'Pose', portraits of Jamaicans are seen giving Bolt's signature victory pose in front of a collection of beautiful loca-tions and landscapes; and 'Speed', where Bolt is seen sprinting from location to location.