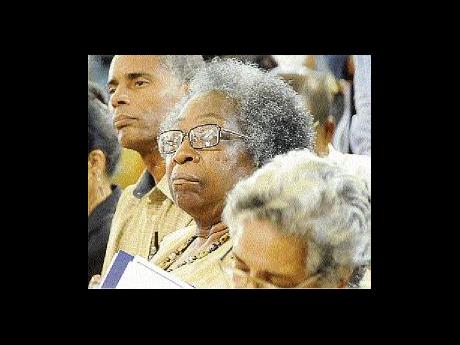 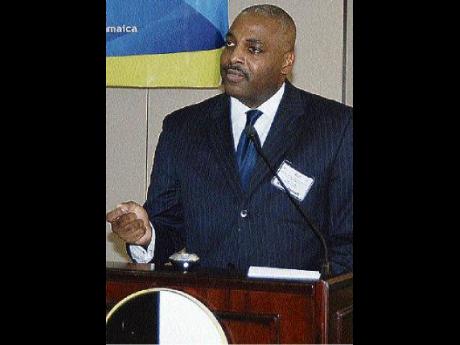 A section of the audience at the consultation on the Jamaica Debt Exchange programme with pension funds managers and trustees, hosted by the Financial Services Commission at the Jamaica Conference Centre on Wednesday. Actuary Daisy Coke is at centre. - Rudolph Brown/Photographer

THE BRUCE Golding administration has suggested that all is well with the Jamaica Debt Exchange (JDX) and, further, that all the major institutional players are on-board with the initiative, but there are serious concerns being raised privately in the community of pension fund trustees.

The Financial Gleaner has seen legal opinions and other confidential correspondence that detail a number of the issues.

The JDX is likely to have different levels of impact on various types of pension plans, depending on their asset profiles and values, among other considerations, the documents show.

It has been posited that, while the impact would be minimal on some, most schemes will suffer adverse cash-flow problems, and some, in fact, could move immediately from a surplus to a deficit position.

Former Financial Secretary Colin Bullock pointed out in an article published in The Sunday Gleaner, January 24, 2010, that under the debt exchange, which is effectively a default, "longer maturity and lower interest coupons will unambiguously lower the present value of the stream of returns from the security. (There-fore) the value to the wealth holder is diminished."

In this regard, legal advice received by some pension fund trustees suggests that in accepting the Government's debt-exchange proposal, the transaction could be viewed as being "tantamount to entering into a transaction to sell property under value".

As such, a pension fund trustee, particularly a professional trustee, as opposed to an unpaid trustee, "may be liable to compensate the trust for losses arising from breach of his fiduciary responsibility".

The trustee owes his/her duty of loyalty exclusively to the beneficiaries of the pension plan, not to any third party, such as the country and the government itself. The trustee, therefore, should not be swayed by moral obligations or national sentiment, according to the legal advice, but rather be concerned solely with whether or not the debt exchange is in the best interest - most beneficial - to the plan's members. And in this regard, the trustees were advised to exercise "sound discretion".

Trustees also have a duty to monitor and supervise the per-formance of the trust investments, and if, over time, there were indications in the economy and the financial markets that the Government of Jamaica was having/would have difficulty paying the promised return on its bonds, or if the bonds were in danger of losing significant value, the trustees may find that they are in breach of their duty.

It is, therefore, incumbent on all trustees to take all reasonable steps to secure detailed investment advice on the government's offer and projections, prior to making a decision to accept or reject the JDX offer.

It is also being posited that the JDX programme does not provide any tangible security to bond-holders "for accepting the loss incurred in giving up their existing bonds should Government policy change or fail to achieve the expected returns in the allotted time." And while Prime Minister Golding has implied that there could be severe consequences for bondholders who do not take up the offer, there is an absence of "clear, written and detailed information" on precisely what will be these consequences if a bondholder refused to participate in the JDX.

Further to a letter from the executive director of the Financial Services Commission, Rohan Barnett, dated January 20, 2010, in which he states that his agency will not take action against a regulated entity or person in the event of a breach due solely to that person/ entity electing to participate in the JDX, it is being suggested that "the legal effect of this letter is severely limited and may be, at best, regarded as a comfort letter".

In all of this it is being strongly suggested that trustees seek to get some type of indemnity to mini-mise their exposure to liability.

Opposition Member of Parliament Peter Bunting, in his contri-bution to the debate on the Govern-ment's economic strategies in the House of Representative on Tues-day called for the Government to provide indemnity to trustees under the Financial Sector Support Fund.

Others have suggested that trustees should seek to obtain indemnity from the employer or sponsor of their pension plan against all claims that might be made against them for breach of fiduciary duty if they agree to the JDX.

The net effect of all of this is there are several trustees who are extremely concerned that most large pension fund investment managers have gone along with the JDX programme, while the trustees are still weighing the possibility of potential lawsuits in the offing.

Executive director of the Financial Services Commission, Rohan Barnett, has advised, in writing, that he would take no action for breaches brought on by participation in the JDX. - Photo by Sheena Gayle