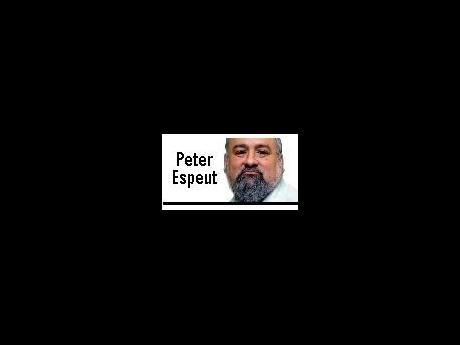 I want to thank Ruel Reid for last Sunday responding to my column of January 14 entitled 'Change the system'. He is not just chairman of the National Council on Education, but currently is one of the education minister's top advisors.

Brother Reid entitles his response 'Dumpling, dumpling, dumpling - Why we must change the Caribbean education system', and so we both agree that the system is broken and must be changed.

The discussion began with the minister of education being upset at the low pass rate of Jamaican students in the Caribbean Secondary Education Certificate (CSEC) examination. The Gleaner of January 12 reports: "He said the 2009 CSEC statistics in English and math for Jamaica ... were extremely frightening". Only 42 per cent of Jamaicans who sit English, pass that subject, and an even smaller proportion - 37 per cent - pass mathematics.

Brother Reid rightly points out that the statistics are even more frightening, as not all high school students are allowed to take CSEC. Regionwide, he says in 2009 only 60 per cent of high school students sat any CXC exams. The figure for Jamaica is likely to be much lower than 60 per cent and, in any case, only a small proportion of Jamaicans make it to Grades 10 and 11 to have the opportunity to sit CSEC. Probably less than 10 per cent of Jamaicans old enough to take the exam, pass CSEC English and mathematics, which is a reflection of the extent to which our education system is broken and needs fixing.

Part of the problem, says Brother Reid, is the age at which students sit CSEC. If they were older (and, therefore, more psychologically and conceptually developed) when they sit CSEC, more would pass. Therefore the 'Career Advancement Programme' (CAP) is to extend high school by two years to grade 13 (equivalent to the present two years of sixth form) after which students would sit CSEC. (This sounds more like 'Career Postponement' to me).

He seems to be saying that after Grade 11, students would sit the Caribbean Certificate of Secondary Level Competence (CCSLC) which is at a much lower level than CSEC. He does not say what would happen to the Caribbean Advanced Proficiency Examinations (CAPE), normally taken after grade 13.

This is certainly a profound change in the system, and I would like to congratulate the ministry on some forward, thinking; but it does not go far enough. I would like to challenge them to address an even deeper problem: the bias in our education system toward females.

If it is true that a big problem with CSEC is timing, this is even more true for the Grade Six Achievement Test (GSAT). Developmental psychologists tell us that girls and boys mature at different rates, girls being more conceptually developed at age 11, boys catching up by about age 17. Postponing CSEC until age 18 will even the odds between the genders, and boys may then be expected to perform better, but leaving in place the GSAT at age 11 when girls will naturally do better, will continue the iniquitous system of the marginalisation of males.

Determining placement in high school based on performance in an examination at an age when boys are known to perform below girls, was the successful plan to keep black boys in the canefield and banana piece. Every year more girls are sent to high school than boys, resulting in vastly more women at university than men, and fewer suitable marriage partners for educated women.

Mr Reid: can we fix this problem too?