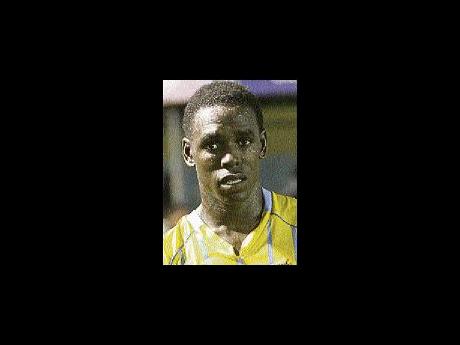 Fiery left back Irvino English and promising schoolboy Marvin Morgan head a list of last-minute transfers in the Digicel Premier League, as the January transfer window came to a close on Sunday.

English, who made a name for himself after several years of marshalling the Waterhouse left flank, has moved to cross-town rivals and defending champions Tivoli Gardens; while Morgan, who impressed with schoolboy titans St George's College in last season's Manning Cup competition, will suit up for his home town team Boys' Town, after securing a move from Claro/KSAFA Super League contenders Santos.

President of Tivoli Gardens Football Club, Edward Seaga, was pleased with the transfer of English, who captained Waterhouse for several years, and regarded the player as one of the most valuable talents in the league.

"The transfer was made with the full agreement of Waterhouse and Tivoli Gardens football clubs. We are pleased to welcome Irvino English to our club as one of the valued players in the Digicel Premier League competition," said Seaga through a release.

Meanwhile, relegation candidates Humble Lions have been the most active in the market, making a number of notable moves during the window.

Apart from the acquisition of former Portmore United goalkeeper Sean Sawyers, the Clarendon-based outfit have also captured the likes of Waterhouse striker Roberto Fletcher and Tivoli Gardens defender Owen Gordon, as they look to stave off the drop as the season enters its third and final round.

Other major transfer moves across the league include Daniel Shaw's transfer from St Georges to August Town and goalkeeper Julian McLeish's return to Arnett Gardens from Tivoli Gardens.