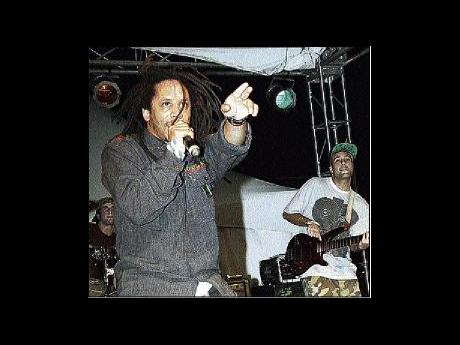 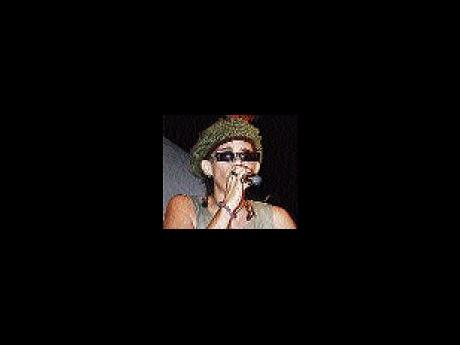 Reggae singer Donovan Ernest, lead singer of the New York-based URI Band, was one of the many talents showcased at the 2010 Jamaica Jazz and Blues Festival, which climaxed at the Trelawny Multi-purpose Stadium last Saturday night. - Photos by Noel Thompson

Talent had no boundaries as the high-profile 2010 Jamaica Jazz and Blues Festival climaxed at the Trelawny Multi-purpose Stadium in the wee hours of Sunday morning on the talent stage.

Considered up-and-coming, the artistes came from all walks of life to showcase primarily their talents, but equally, their abilities that they were good enough to have been booked for the main event.

Over the three nights the festival was held, the talent stage was awash with an abundance of talented individuals, who no doubt have made an indelible impression in the minds of many who watched their performances during the breaks.

Among the artistes who performed between Saturday night into Sunday morning were Paul 'Lymie' Murray; the Under Rasta Influence (URI) Band out of New York; the Max Klezmer Band based in Krakow, Poland; Bermuda-born Jamaican Aisha Davis; Digicel's 2009 Rising Star Angel Smith and Dominican songbirds Nelly Stharre and marie-claire.

Murray, a former opening act and backup vocalist for reggae artiste Freddie McGregor, demonstrated his versatility by masterfully delivering both reggae and soul including Teddy Pendergrass' Somebody Loves You Back, Smokey Robinson's Cruising, Horace Andy's Skylarking, among a litany of what he does best - roots reggae songs, which earned him an encore.

A singer-songwriter, Murray has four albums to his credit, but still he comes across as a humble servant whose music centres on love and life, hope and possibilities, as well as social justice and rights for the poor.

Listening in the distance, one could be easily swayed to believe that Steel Pulse was onstage, as there was a great similarity in the vocals of URI's lead singer American-born Donovan Ernest belted across the lawns.

The band's renditions included original material such as Taking Over, Bun It Up, My Music, Haunt You and Bang Bang.

Dubbed a fusion band, Max Klezmer lived up to their name - playing music of all genres and delivering a performance interspersed with comical gimmickry by its members. Although their music was considered quite different by many patrons, their segment was well appreciated.

Aisha Davis and her No Limit band members, who have been touring Europe and other parts of the world showcasing their musical proficiency, did not disappoint their audience. Her attire was very daring and seductive; particularly when she frequently gyrated her hips during her delivery of the rock 'n' roll favourite, Rolling on the River, followed with other numbers such as Born Survivor, Murder, Say My Name and At Last.

Nelly Stharre, a Dominican dreadlocked singer and her countrywoman, Marie-Claire, officially brought the festival's curtains down as they performed during the after-party segment.