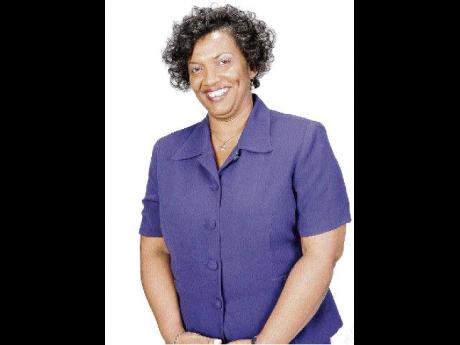 JAMAICA HAS led the Caribbean in efforts to bring aid to the survivors of earthquake-ravaged Haiti. From all accounts, the capital Port-au-Prince is a ruined city, littered with mountains of rubble entombing thousands of bodies, promising a long and turbulent road to recovery.

While it is too soon to know the full toll of the damage wrought by the 7.0 magnitude quake on January 12, disaster officials hope it will teach the people of the region at least one thing - earthquakes have no season, so be prepared.

What's more, geological data seem to suggest that countries like Jamaica are particularly vulnerable. Located along the northern margin of the Caribbean plate, and with the presence of two active faults on the island, Jamaica is said to be statistically more likely to suffer earthquakes than Haiti. Preparing for that kind of disaster is, therefore, not only prudent, but essential for the country.

That kind of preparation, however, must happen on a personal as well as a national level. Apart from being able to execute the 'drop, cover and hold' procedure to minimise injury during a major tremor, how well could you recover after the shaking stops? According to the possibility thinkers at Jamaica Money Market Brokers (JMMB), there are ways to increase the chances of a speedy recovery after a major disaster.

Managing director of JMMB Insurance Brokers, Cecile Cooper, says that in addition to knowing what to do during and immediately after an earthquake, people should develop a plan to recover from one.

"We are talking about those long-term actions you can take, before the fact, to reduce the impact of a disaster," says Cooper. Pointing to a couple of the basic principles of catastrophe management, Cooper says there are ways to reduce risk, such as adhering to building codes and choosing property that is not exposed to hazards such as landslips.

Beyond that, the JMMB executive recommends planning to ensure faster recovery once a disaster has struck. Depending on the level of damage, the rebuilding effort may come with a hefty price tag. This, according to Cooper, is where you see the real value of insurance.

"If you have lost the family's breadwinner, insurance provides the means to cover things like final expenses, and gives you the money you need to carry on afterwards," she explains.

Besides coverage for life and health, Cooper says insurance may provide the finances to rebuild homes, businesses and other property.

"Assets that you have worked a lifetime to build can literally come crashing down in a matter of seconds. What insurance does is provide the means to help you pick up the pieces of your life," she contends.

Getting this kind of coverage is not difficult, says Cooper, who manages an insurance-brokerage firm. Most policies already cover damage from earthquakes and other acts of God. However, determining the level of coverage is important if you want to ensure a reasonable payout in the event of a disaster. There are also added benefits attached to some policies called extensions, and this is where your broker can advise you.

"Here at JMMB Insurance Brokers, we check the market to get you the best extensions, such as debris removal, and policies that give you an initial payout to cover immediate expenses until a claim can be made," explains Cooper.

She adds that getting additional advice on matters of insurance and anticipating a disaster can mean the difference between survival and utter devastation, even if you escape death or serious injury during the earthquake or other catastrophic event.

For more on the financial life cycle, send your questions to editors@gleanerjm.com, and the team at JMMB will answer.

Tune in to 'Real Business' on Power 106 FM every second and fourth Friday.

Check out The Gleaner every first and third Wednesday