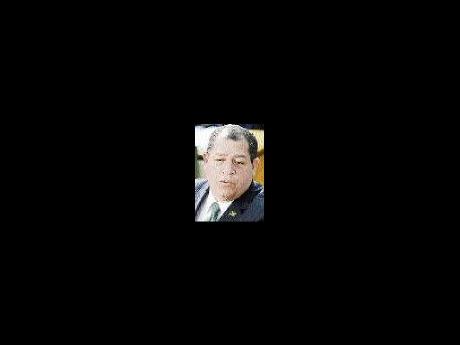 THE GOVERNMENT has underscored its position that the bid by the Jamaica Airline Pilots Association (JALPA) to purchase Air Jamaica is not being considered, despite the last-minute submission of a financing plan.

The pilots yesterday presented the administration with what they said was proof that they could finance the airline, but Finance Minister Audley Shaw was adamant that JALPA's bid was much too late.

According to Shaw, the bid from JALPA could not be entertained unless there was a breakdown in talks with the preferred bidder, Caribbean Airlines.

Shaw told the weekly post-Cabinet media briefing that Caribbean Airlines submitted a letter of intent in December 2008 and an updated letter recently, long before JALPA entered the race.

"JALPA has been sending correspondence to me and the prime minister for some months now but, as we have indicated, their interest, coming as late in the day as it has come, could not be allowed to supersede the procurement process which is clearly established," said Shaw.

He noted that the business plan from JALPA was received by the Government in the past "few days".

"A successful consideration of JALPA's interest, based on a business plan and a credible financing plan, would only be looked at within the context of a breakdown in talks with Caribbean Airlines, and then you would have to reopen the bidding process," argued Shaw.

According to the finance minister, he has received a late expression of interest from an overseas entity which is also not being considered.

In the meantime, Shaw had a special message for Granville Valentine, National Workers Union vice-president, who has hinted at protest action by Air Jamaica employees upset over the divestment process.

"I would caution Mr Valentine against making any intemperate remarks to seek to get the staff of Air Jamaica into any hostile mode. There is no need for it," Shaw said.

"We have already indicated that, going forward, under any kind of mode, there would have to be staff cuts," added Shaw.

He further warned that any additional cash losses to Air Jamaica because of protest action by the employees could result in a delay in the redundancy payments when the airline is wound up.

Shaw has already indicated that the Government will be setting aside $27 billion in the next Budget to pay redundancy expenses and other costs associated with the divestment of Air Jamaica.