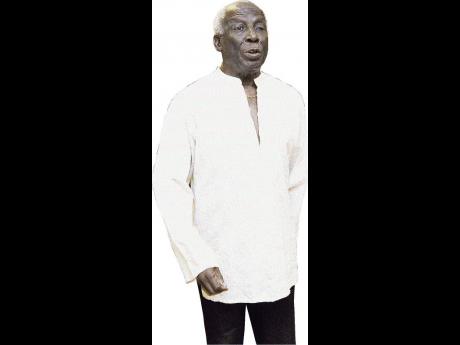 After hours of searching for individuals who knew Rex Nettleford in his hometown of Bunkers Hill in Trelawny, only two persons could recall their encounters with him.

An affable senior citizen, Rex Minto, who resides in Bunkers Hill, recounted the days he and Nettleford went to basic school.

"He was Trelawny's best," he said with a smile. "Rex was a brilliant young boy as he grew up. A man called 'Teacher' Francis took him under his wings and grew him as if he was his own son. There was nothing that Rex did that he was not successful at. He was good at singing and any cultural activities."

He remembered, as a boy, both of them walking through the countryside and playing with their slingshots.

Minto said that, after attending the community's primary school, Nettleford moved on to Cornwall College, where he continued to excel in academics.

"I am proud to have known that man called Rex Nettleford in my days. You know, he was the first person to pass Common Entrance from our district in those days," the 80-year-old Minto claimed.

Adian Williams-Wilson, a com-munity health aide at the Bunkers Hill Health Centre, reminisced on her encounter with Nettleford when she was about eight years old.

"I met him twice when I was very young and it was through some cultural activities at the Granville All-Age School (now Granville Primary and Junior High School). He came by our school to teach us some dance moves and choreograph some of our cultural dance activities. I looked up to him. He was good at what he did," she said.

Williams-Wilson confessed that when she first met Nettleford, she was a bit afraid of this esteemed gentleman who exerted sheer confidence and respect. However, after they began their routine, the atmosphere became comfortable and he was easy to work with.

While she did not know him personally, Williams-Wilson said she admired his passion for cultural development and the time he took to come to teach them dance techniques.