How to rebuild Haiti - Well-intentioned outsiders not enough 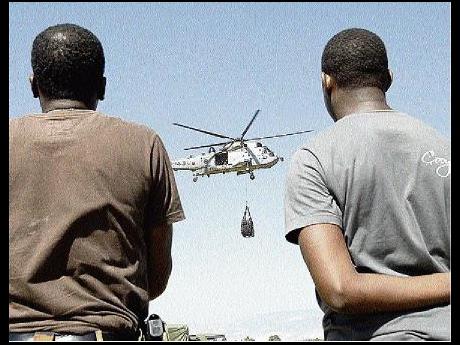 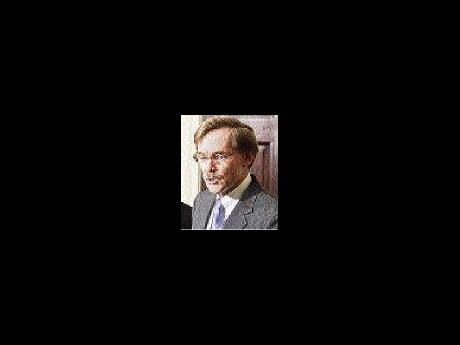 IN THE wake of the devastating earthquake, there has been an outpouring of international support for Haiti. The first priority has been saving lives.

That means getting water, food, shelter, medicine and other basic supplies to victims.

The first rush will have to be backed up by an ongoing logistics chain that will need to function for many months.

But even as we stabilise the humanitarian response, we need to turn to the delivery of basic services and reconstruction. As we do so, we must learn the lessons of the past.

After five peacekeeping missions, and billions of dollars in aid, Haiti remains a country with some of the worst human development indica-tors in the world.

Yet we know that progress is possible.

Before the hurricanes in 2008, and again before this month's earthquake, Haiti had been moving forward - including with successful and peaceful elections, stabilisation of chronic insecurity, increased revenue collection and investment.

Building on these successes, Haiti's reconstruction and recovery require long-term commitment. When the cameras depart - as they are already beginning to do - donors must not depart with them.

In the past, 'Haiti fatigue' has been as great a challenge to development as natural disaster.

Outside aid a must

The four hurricanes and tropical storms of 2008 did damage equiva-lent to some 15 per cent of gross domestic product. This will almost certainly be larger, and will require a more sustained and coordinated effort.

What are the lessons we need to learn?

Donors must work hand in hand with the Haitian government and people. And the Government and Parliament must show leadership and a commitment to work together.

Donor support for reconstruction should be in the form of grants. More money must go through the budget, so it can be linked to Haitian goals and building Haitian capacity, even if the early stages of work depend on actions by regional and international partners.

We must remove Haiti's debt burden.

Last year, with the International Monetary Fund, we cancelled US$1.2 billion of debt. But almost a billion dollars remains.

Less than four per cent of this - some US$38 million - is owed to the World Bank. We immediately announced that no debt repayments are due for the next five years and we are working to cancel all remaining debt owed to us.

We can support the transition from humanitarian aid to recon-struction through food or cash for work programmes, so Haitians can be paid for clearing and rebuilding infrastructure, and planting trees. Community projects can improve conditions for small-scale farming, which, over time, can supply and then replace food-assistance programmes.

With modest investments in supplies and equipment, Haiti can build labour-intensive construction businesses.

Repeatedly hit by natural disasters, geography has been Haiti's curse. But geography could be Haiti's strategic opportunity.

With access to the US market through the HOPE II Act, Haiti can create jobs in its apparel and agriculture sectors.

It can promote its private sector by creating an enabling environment for investment and building the infrastructure of power grids, ports, and roads.

A free-trade zone near the border with the Dominican Republic has attracted American apparel com-panies, creating thousands of jobs. There are opportunities to scale up other zones.

For Haiti to prosper, legitimacy, security and development must go hand in hand.

Television viewers now understand how weak the Haitian state has been.

This extends not just to lack of heavy equipment to move rubble, but to a small police force, a thin judiciary, and a state with little capacity or revenue to protect its people or deliver basic services.

We need to 'secure development' with roots deep enough to break the cycle of fragility, poverty and violence. With political stability, security, and effective government, investments and development can grow.

We have the example of Aceh, Indonesia, to guide us. Today, five years after the tsunami, Aceh reconstruction is recognised as a success story.

In Aceh, international partners supported reconstruction through coordinated approaches that were aligned behind government leadership and local priorities.

Fifteen donor countries and organisations pooled US$700 million in a multi-donor fund that was administered by the World Bank.

Instead of 15 separate housing and road projects with different procedures and criteria, which would have overwhelmed the limited capacity of local institutions, one well-coordinated programme was implemented by communities, government agencies, non-governmental organisations and international agencies.

Haitians don't want to be victims any more than we would. With strong Haitian leadership - and coordinated, consistent and efficient regional and international support - we can transform days of news stories into a decade of success stories.