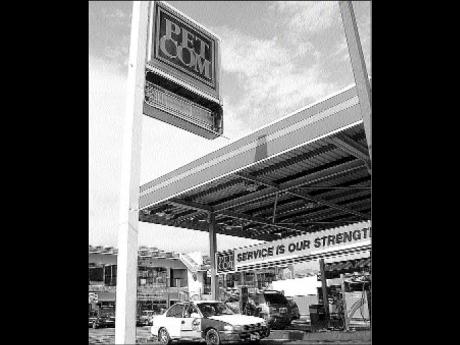 With fuel prices skyrocketing in recent months - either because of rising costs on the world market or the petrol tax hike imposed by Government - motorists have been searching for ways of saving a buck while maintaining quality, including weighing the options of 87 and 90 octane, or a blend of both. - file

Dear Mario: Q I have heard an old wives' tale about taxi drivers and other motorists mixing the different grades of gasolene - 87 and 90 octane - and coming up with a fuel that is less expensive than 90 but burns better than 87. Is there any truth to this?

A guess there are some old wives that you don't listen to. And then there's Mom. Always listen to Mom.

The piston of the average internal combustion engine goes through four cycles to produce motion: intake cycle (suck), compression (squeeze), combustion (bang, or power) and exhaust (blow). All these cycles are entwined at a very esoteric level - like one domino falling on to another.

Fuel octane number affects primarily the suck and bang cycles - it figures in the calculations of your car's computer when it is determining how much fuel to inject into the engine and when to ignite it. Engines suffer from a phenomenon known as detonation - which is combustion that occurs at the wrong time. Think of detonation as a kind of kryptonite to an engine; it can be hazardous to its health. The computer is programmed to avoid conditions that induce detonations like the plague. Hold on to that thought for a second.

To make the most efficient use of its fuel, the computer should send a spark when the cylinder pressures are greatest - which usually occurs at the end of the squeeze cycle. But during day-to-day driving in a modern engine, this time that the energy is released (combustion) is a compromise between engine speed, emissions, power and efficiency.

The very end of the squeeze stroke is known as top dead centre (TDC). Ignition occurring slightly before this point is known as advanced ignition; after this point, ignition is said to be retarded. Retarded ignition causes the engine to run hot, is less efficient and contributes to increased emissions and decreased mileage. Advanced ignition is the complete opposite - engines run at their best with a little advance.

The thing is, gas with lower octane numbers, such as our 87, has a smaller window of efficiency. Conditions such as a hot day or water in the fuel or excessive engine load can contribute to detonation. When the car's computer senses detonation, its knee-jerk reaction is to retard the point of ignition, and it won't run as well as it should.

However, 90 has a larger window. While the majority of the Jamaican fleet is made to run on 87, there are cars out there that can take advantage of the increased octane that a mix would provide - especially if the car has high mileage and has deposits on its combustion surfaces.

A lot of folks, when they fill up, put in half 87 and half 90, and save a few bucks. If your car is performance-oriented or is a high-end vehicle such as Mercedes, BMW or Audi, this should not be done because most performance cars are meant to use higher-octane fuels, and mixing them would put your vehicle on the dangerous side of their octane limit.

But on certain ordinary commuter cars, it might just be beneficial. I suggest you keep mileage records on your car on straight 87, 90 and a 50/50 mix. Over a two-month period, use the same gas station for each fill up and determine the cost per litre. Then factor in that cost and end up with a cost-per-mile benchmark that can be used for comparison. You will then see where your car is most efficient, and how much that efficiency costs. I would love to see the results!