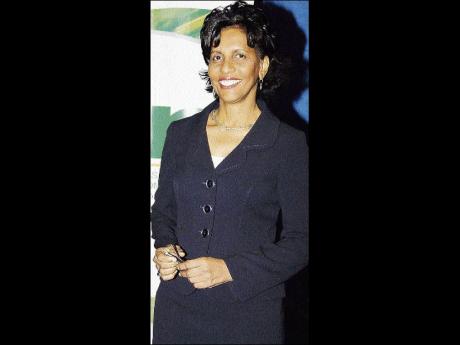 Trinidad and Tobago's Finance Minister Karen Nunez-Tesheira said persons responsible for the disappearance of billions of dollars from Colonial Life Insurance Company (Trinidad) Limited (CLICO) and CL Financial could face charges if a forensic investigation currently taking place turns up credible evidence which could stand up in a court.

The country's central bank has hired Canadian forensic investigator Robert Lindquist and his team to probe the operations of CL Financial, the Caribbean's largest private business conglomerate, now in control of the Trinidad and Tobago government.

"The fact that we have not come to you, as yet, says how complex and how huge the task is of unravelling the situation. But clearly, at the end of the day when the investigation is completed, that you feel comfortable, that you can if you have to prosecute a case, if that's what is called for, you have a strong case and a case that can stand up in any court of law," Nunez-Tesheira told reporters last Thursday.

She said "billions of dollars ... have been lost" from CLICO, the CLICO Investment Bank (CIB) and CL Financial, and that the government was forced to step in and fill the breach in a private company, run by private individuals, to avoid a systemic risk on the country's economy by pumping TT$2 billion into the companies.

"I don't think it is unreasonable to conclude that, at the end of the day, we will wait to see what is the outcome of the investigation and what will come out of that," she added.

Nunez-Tesheira said the troubled subsidiary companies of CL Financial have been stabilised, but the process of getting them back into shape was, by far, not yet over.

"The process has only now begun. There's a lot of information we did not know about. It's a complex situation. To unravel the complexity of that situation has been a task in itself, " she said.

In June 2009, the Trinidad and Tobago government signed an agreement with CL Financial shareholders and directors to place the management and control of the assets of the company in the hands of a new board, to save a number of its debt-burdened companies that were the subject of a Memorandum of Understanding (MOU) last January.

A government-majority board of directors, headed by Dr Shafeek Sultan-Khan, was appointed to restructure the indebted CL Financial, and has also been carrying out a comprehensive audit into its companies to determine the extent of its debt.

CL Financial, founded in 1993 by Trinidad-born entrepreneur Lawrence Duprey, held billions of dollars in assets in a portfolio of more than 60 companies in the Caribbean, Europe, the Middle East and Asia.

The MOU provides a package of financial support from the government, with a number of conditions attached relating to the winding up of CIB, and the rationalisation of assets and liabilities of CLICO and the British American Insurance Company (BAICO).

It requires that CL Financial dispose of its 55 per cent shareholdings in Republic Bank Limited, its 56.33 per cent in Methanol Holdings Limited, Caribbean Money Market Brokers Limited (CMMB) and all or any other assets, to repay the money the government will be providing during the restructuring.

Nunez-Tesheira also dismissed questions about a growing lack of confidence by the public in CL Financial and its subsidiaries following the resignation of several high profile officials in recent months.

However, she said Claude Musaib-Ali, CLICO's chief executive officer, did not resign but opted not to renew his one-year contract, while Steve Bideshi, who resigned as CL Financial's managing director at the end of January had an "interim contract".

Former group financial director Michael Carballo also resigned several weeks ago but will remain as a board director.

Last year, Dr Euric Bobb resigned as CL Financial's chairman, but he too remains a director on the board.