Tuesdays on the grill 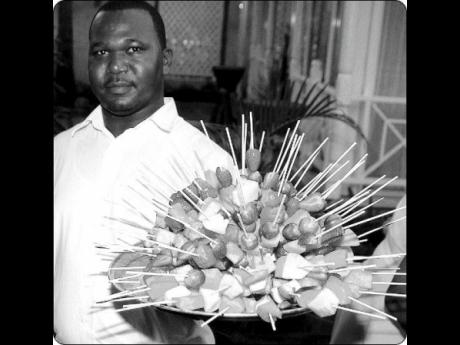 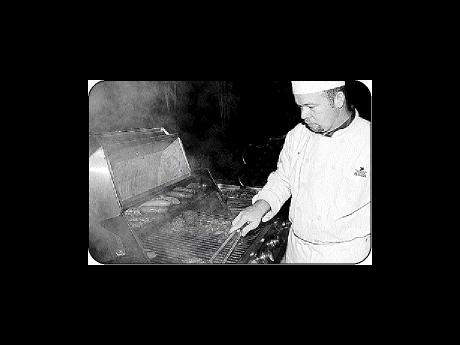 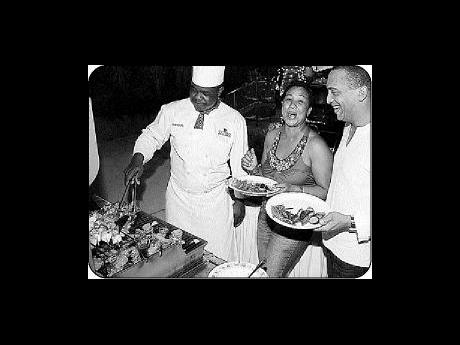 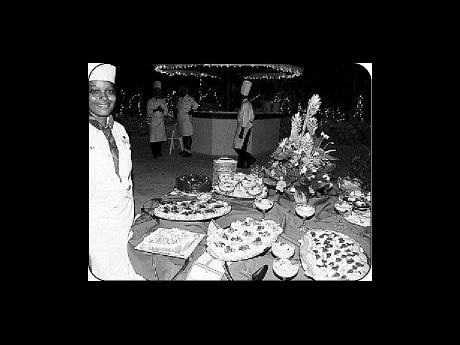 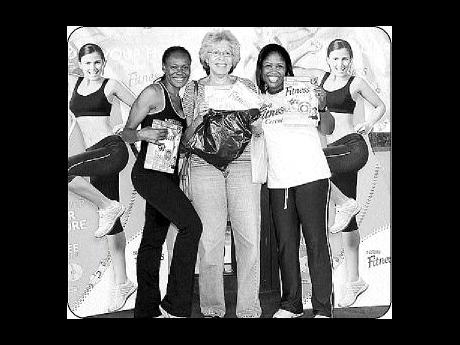 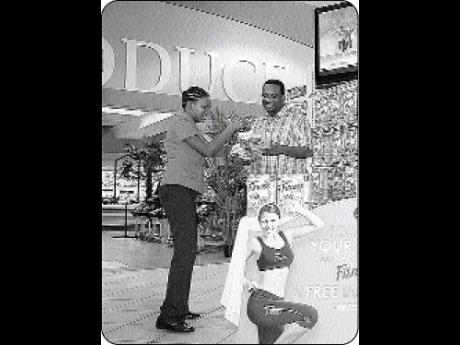 This waiter shows off an enticing arrangement of fruit kebabs by Elegant Weddings that were on the menu at the wedding reception of Gairy George Robinson and Doreen Petrona Morrison at The Devonshire, Devon House, last Saturday. Read all the details in Sunday's Outlook. - Winston Sill/Freelance Photographer

Check out the succulent grilled delights at the newest treat in town, Tuesdays on the Grill. It is proving a winner for The Jamaica Pegasus hotel. Great food, wonderful company and fabulous music. Who could ask for more?

Mr and Mrs Bernard Henry chose Tuesdays on the Grill for the celebration of their 16th wedding anniversary.

Chef Norva Quallo presides over her fabulous selection of sweets during Tuesdays on the Grill at The Jamaica Pegasus hotel recently.

Have you tried the new Fitness Cereal yet? Check it out.

Promoter Cameisha Russell is caught explaining the Nestlé Fitness Cereal promotion to a shopper at the product's sampling station recently at the Loshusan Supermarket, Barbican, during the launch of the product. With each pack of Nestlé Fitness Cereal bought at particular outlets, consumers will receive one of two exercise videos Body Vive or Body Balance. The Body Vive video (as seen in photo) was also shown on television at the promotion

FOOD IN THE NEWS