US and the economic crisis 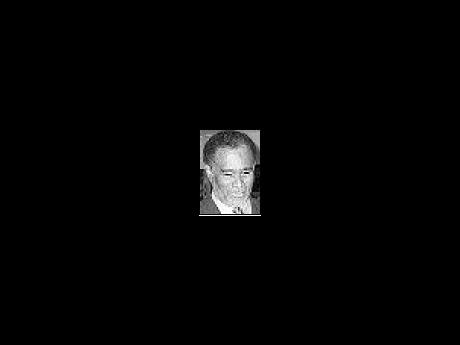 The pressures of a bad economic situation exemplified by the record 20 million Americans out of work, massive loss of wealth by families, and the insecurity arising therefrom, are fuelling anger against political incumbents in the United States. The Democrats who control the White House, Congress, and the majority of governorships, are feeling the brunt of this anger, and opinion polls suggest that they could suffer huge losses in the upcoming November mid-term elections. This sentiment directly contradicts the latest New York Times/CBS poll findings which show that the majority of Americans blame the Bush administration and the Republicans for the current economic crisis.

Such is the irrationality of American public opinion. Only irrationality could explain the wild expectation that President Obama would have been able to literally overnight solve deep economic problems that were long in the making. Not surprisingly, as it becomes more evident that there is no quick fix to these problems, his approval ratings have plummeted. This is borne out by the close correlation between the movement in his overall job approval rating and the rating of his handling of the economy.

According to The New York Times/CBS polls, last April, some 61 per cent of Americans approved of the way he was handling the economy. But in the latest polls published last week, this had fallen to 42 per cent, with a majority 52 per cent now disapproving.

Correspondingly, his overall job-approval rating, which stood at 68 per cent last April, has fallen to 46 per cent, while his disapproval level has jumped to 45 per cent. It seems that Americans believe that it is not so much that their economic problems are difficult to solve, but that President Obama is spending too little time trying to fix their nation's economy and create jobs. The good news is that 47 per cent believe that the US economy will be better at the end of his term than it is today, as opposed to 16 per cent who think it will be worse.

In the past week, there were conflicting reports on the state of the recovery of the global economy. While the IMF pronounced that the recovery is "off to a stronger start than anticipated", results from the European Union (EU), the largest economic bloc, showed that this group of countries lost ground in the fourth quarter of 2009. The EU is also now faced with soaring deficits in Greece, Portugal and Spain that have rattled stock markets in recent days and generated fears of debt defaults by the weaker countries.

In the US, retail sales increased faster than was projected in January, and unemployment dropped from 10 per cent to 9.7 per cent unexpectedly. However, the annual economic report submitted to Congress by the Obama administration painted a discouraging picture of the labour market, forecasting that the expected monthly rate of new jobs would be inadequate to make a significant dent in the unemployment rate for the rest of the year. US financial markets have, therefore, retreated to a more cautious stance on the strength and durability of the recovery.

The IMF's more optimistic forecast is based on the relatively vigorous level of activity in the many emerging and developing economies. These economies are being largely driven by internal demand, which has been stimulated by expansionary monetary and fiscal policies. China and India are in the forefront of this re-orientation to internally driven economic growth during the global recession. But the Chinese authorities have for the second time in a month taken steps to tighten bank lending with the aim of controlling inflation pressures that they fear could result from excessive expansion in bank loans.

Reports indicate that in January, banks in China lent more money than in the previous three months combined. There are signs that this rapid increase in lending is helping to feed a surge in prices of real estate and other assets. For example, average housing prices in large cities increased by 9.5 per cent in the last year. The concern is that if credit is not tightened, then consumers could soon be hit by higher inflation as more borrowed money drives up spending and in turn fuels rising prices for food and other items.

Given the social and political costs of high unemployment in the US, it is likely that the Democrats and Republicans will come to some agreement on measures to spur job creation. Such action would provide a further boost to the economy by speeding up the reversal of the confidence crisis and the recovery of consumer spending. The prospects of the Jamaican economy are critically linked to the pace of recovery in the US and especially if the projections for remittances and export earnings in the programme agreed with the IMF are to be realised.

Perhaps one of the greatest threats to US economic recovery is the irrationality of public opinion regarding public spending. The Obama administration, like all other governments, has adopted the policy of boosting spending to halt the slide in the economy. Most economists agree that this is necessary, even though it means that fiscal deficits will rise; and institutions such as the IMF are urging that too early a retreat from such a policy would jeopardise the recovery process. But strong populist impulse against budget deficits has shown up in opinion polls, with 58 per cent disapproval of the Obama administration's handling of the matter, and this could force policymakers to cut public spending too early.