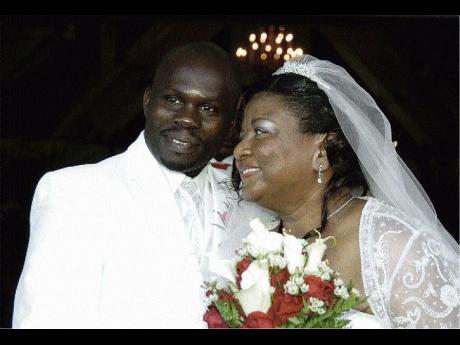 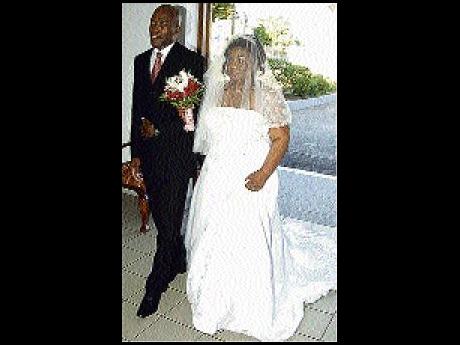 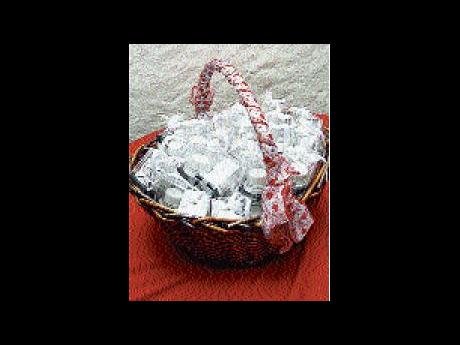 On a beautiful, sunny afternoon when Doreen Petrona Morrison, a tax inspector residing in Bermuda, and Gairy George Robinson, said their wedding vows at the Webster Memorial United Church in St Andrew, on Saturday, February 6, it was the culmination of a two-year courtship.

The theme for the Elegant Weddings-executed affair was 'Endless Love', and the bride's favourite colour, red, was evident throughout. The church was like a garden, with masses of roses, carnations and lilies, and the bridal party entered the edifice on an immaculate red carpet. Guests travelled from across the island as well as Bermuda to witness the happy union.

The bride wore an Alfred Angelou strapless gown that was trimmed with seed pearls and Swarovski crystals. It was teamed with a shrug that also featured pearls and crystals. Her upswept coif bore a bead and crystal tiara and she carried a bouquet of red roses and lilies. Her groom wore a white tuxedo.

The bridesmaids and maid of honour were resplendent in claret and white and carried bouquets of red roses, while the groomsmen wore black tuxedos with After Six vests from Elegant Weddings.

In his message to the couple, officiating minister, the Rev Rohan Forrester, advised them to adopt the acronym PUSH: Pray Until Something Happens.

"Marriage is a gift from God, it is meant for couples to find comfort in each other; to love, honour and cherish each other and to come together with a strong sense of commitment," he said.

One special highlight of the wedding was the superb performance of popular musician Dwight Richards on trumpet as he heralded the arrival and departure of the couple, accompanied by organist Lloyd Clark for the hymns and during the signing of the register.

The reception was held at The Devonshire Restaurant at Devon House and the couple arrived on the beautiful lawns via a Cinderella carriage for photos on the lawns. At the couple's request, cocktails included cups of steaming mannish water. The rest of the menu, also catered by Elegant Weddings, consisted of Jamaican favourites that included: old-fashioned seasoned rice, filet of snapper in coconut sauce, baked chicken in hickory barbecue sauce, sweet potato, bread and cornmeal pudding and assorted cheesecake.

The bride, Doreen Petrona Morrison, is escorted to meet her groom by Lancelot Leslie.