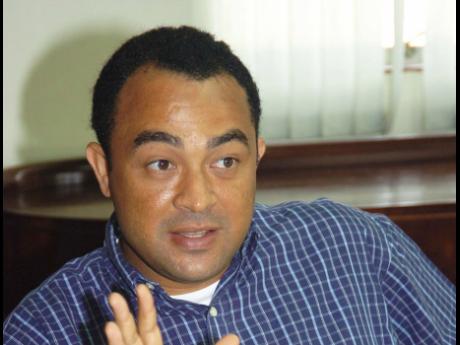 Jamaica is to reap sweet benefits from the export of sugar to Europe under a contract it had entered into with Italian company, Eridania Suisse SA.

The first batch of sugar under the agreement, in which the island is to supply a minimum total of 79,000 tonnes to the company this year, was shipped from the Reynolds Pier in Ocho Rios, St Ann, on Friday aboard the M/V
Siraya Wisdom
.

The shipment amounted to 19,884 tonnes and was the first of four consignments with the others scheduled for March, April and July.

Under the agreement, in which Eridania Suisse had advanced US$15 million to Jamaica to provide the sugar, the Government is guaranteed a minimum price of US$335.20 per tonne for the sugar.

Agriculture minister Dr Christopher Tufton, who announced the terms of the agreement in the House of Representatives last July, was on hand to witness the first shipment.

"We think it's an important occasion, so I wanted to come here with the team, the hardworking members of the management of the Sugar Company of Jamaica Holdings (SCJH), to look at what is here and to satisfy myself that we are on track to meeting the contractual obligation that we have," Tufton told reporters at the scene. "I am satisfied, the sugar looks good."

The minister said Jamaica was on course to meeting the balance of the amount stipulated under the contract.

He said Jamaica was also to ship 12,000 tonnes of sugar to the United States during this crop.

Tufton said that, based on the performance of this crop, the workers in the industry have demonstrated that it is possible to have a viable sugar industry.

General manager of SCJH, John Gayle, says the price Jamaica is getting is considered high and that the country is to benefit even further under the arrangement.

"The current high price of refined sugar in Europe will also benefit us in that, with the Government of Jamaica contract, there was a condition that we will share half of the profit of the refined sugar, therefore we will get an increase in price from that share along with a premium on the portion we are exporting," Gayle said.

Gayle, who along with SCJH chairman, Aubyn Hill, accompanied Tufton, praised the high quality of the sugar being produced in the factories.

"We are seeing the best quality sugar we have seen for a number of years; all the factories are doing about 98 degrees polarisation, which is the quality measure that determines the sugar sweetness," said Gayle.

Hill, in the meantime, disclosed that negotiations are underway between the SCJH and other companies for larger pre-shipment financing. One such deal for US$30 million is in the pipeline, he said.

Despite these arrangements, the Government was still intent on divesting the sugar factories, Hill stated.

Tufton also praised workers in the sugar industry whose performance in ensuring production targets are met, showed that the industry could be viable.