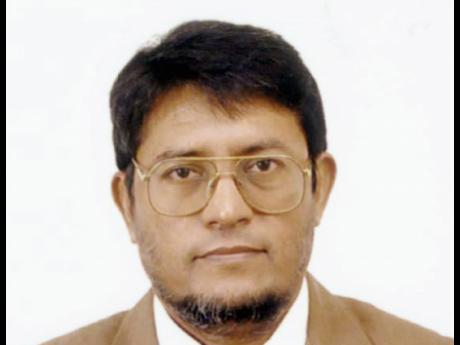 What is needed now is an avalanche of support from all quarters of the society in denouncing both those who produce these music and videos and those who promote them. Teachers' associations, service clubs, civil society, the Church, parent-teacher associations, journalists, musicians, DJs, radio stations, cartoonists, students, let us seize this opportunity to clean up the society. It must be taboo to support the slackness and violence-oriented lyrics some package and pass off to us as music and entertainment.

Jamaica has produced some of the best music in the English-speaking world. A few years ago, the BBC chose
One Love
as the song of the century. However, we also produce some of the worst and we seem unable to differentiate between the good and the bad.

Much of what is now being presented as representative of our culture is a disgrace to the country and people of Jamaica. I feel a sense of shame when some of our artistes are banned from performing in some countries, and some of our songs are being forbidden on some radio stations elsewhere. The good hits are being negated by the garbage.

We should not allow the few who are trying to enrich themselves at any cost to hold 2.7 million of us at ransom. The interest of the majority must take priority over the greed of a few.

Music is a powerful medium for influencing the values of people and the culture of society. Many years ago, I had to travel from Kingston to Montego Bay and I decided that I was going to travel by minibus as I did not feel up to taking on the stress of driving. There was a particular song with lyrics I disliked because of its profanity. During the journey, it so happened that this very song was played repeatedly on the bus. By the time I reached Montego Bay, I became conscious that I was humming the song! By hearing it so many times, I became conditioned to accepting it.

The human being has a remarkable ability to change and adapt to changing environment. It is nature's way of enabling us to survive in a highly variable world. If we continuously drench the society with violence-ridden lyrics and profanity, over time, people will come to accept it and we will get a violence-oriented culture whereby the difference between right and wrong becomes obscured.

The Broadcasting Commission has given us some hope. Let us unite and stamp out the slackness and violent lyrics. We must see such lyrics as social pollutants! They pollute our values and corrupt society. We need to clean up the social environment.

Let us bombard the talk show programmes and:

'big up' the success of the Broadcasting Commission,

criticise and call the names of artistes who drench the society with violence and slackness,

criticise and call the names of producers of such music,

criticise and call the names of radio and TV stations that play such music,

not advertise on programmes where such music are played.

If we do this over a sustained period of time, those who are inclined to promote such music will draw into their shells. We want it to become taboo to support such music in the name of culture. We are in the majority. Let us take charge and disinfect the society! We do not want any more social pollution of the environment! We must respect the environment, and keep both the natural and social environment clean.

We do not need many people to influence change. We just need a few people with vision and who share a strong passion for it. Let us seize this opportunity. It can be done!

Reginald Budhan is permanent secretary in the Ministry of Industry, Investment and Commerce and a member of the external faculties of the University of Technology and the University of the West Indies. The views expressed here are private and do not reflect official policy position. Feedback may be sent to columns@gleanerjm.com.