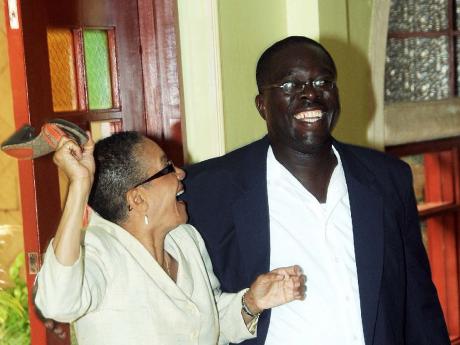 Fae Ellington, Press Association of Jamaica first vice-president, 'threatens' to punish Journalist of the Year, Arthur Hall, for playing a prank on her just before yesterday's award ceremony at the Knutsford Court Hotel in New Kingston. -Norman Grindley/Chief Photographer 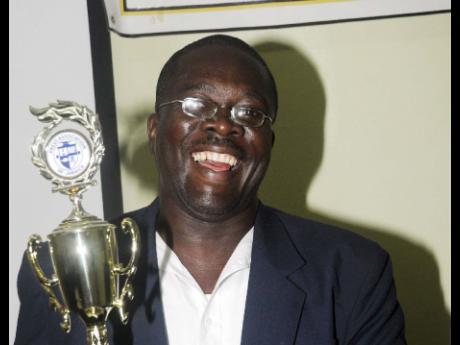 Arthur Hall, Journalist of the Year
1
2

Hall took the award for a body of work that included the story of a teenager who was arrested for abandoning her physically handicapped baby, allegedly to attend a stage show.

Last year, Hall's work also stirred controversy when he reported on the approximately 80 students at the Pembroke Hall Primary School in St Andrew who were to resit the Grade Four Literacy Test after their test papers were not identified by the education ministry.

The title of Journalist of the Year is Hall's first 'major' award in a more than 15-year journalism career. It is his first PAJ award.

"I was never a broadcaster," Hall said, explaining his move back to print media. He has been with
The Gleaner
for the past two years and said he signed up with the leading daily "to win awards".

As for his future in journalism, Hall said when reporting is no longer fun, it will be time for him to move on.

Hall said he likes telling stories, being on the scene and informing the public.

Meanwhile, guest speaker at yesterday's award presentation, RJR's Managing Director Gary Allen, charged journalists to strive for excellence as it was the "survival tool" for reporting.

For his accomplishment, Hall took home a cheque sponsored by The National Council on Technical Vocational Education and Training, and a trophy.