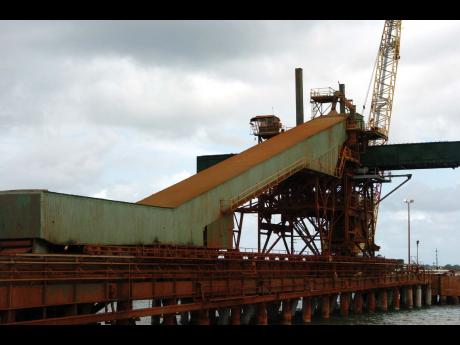 Alumina production was badly hit during the October to December 2009 period, plummeting 65 per cent. - File 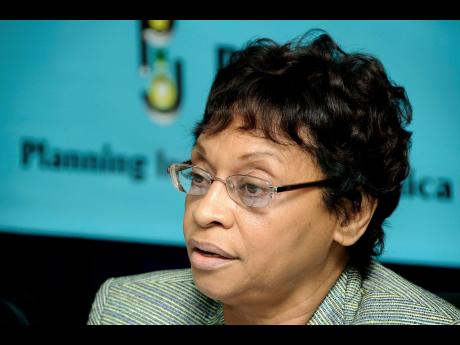 "We entered the recession after the developed world and we will also bottom-out after they have improved," she told journalists at the organisation's quarterly briefing in Kingston.

The PIOJ GDP decline figure was well within the two to three per cent decline the central bank announced last week.

Knight, who has held the reins at the economic planning authority since its former head, Dr Wesley Hughes, was appointed financial secretary at the finance ministry last year,

said the factors affecting the economic out-turn for the reporting period were similar to those highlighted in the pervious quarter, with agriculture outperforming other segments of the goods producing sector.

Buoyed by more favourable weather conditions, a boost from the Ministry of Agriculture and Fisheries' production and productivity programme, as well as new entrants to the industry, the agriculture sector grew by 20.5 per cent.

Growth was seen in the production of eight of nine domestic agricultural crops, the PIOJ said. Traditional exports also largely reflected increases but overall growth of the agriculture sector was tempered by decline in animal farming, which fell by 5.7 per cent.

On the other hand, the mining and quarrying, manufacturing and construction industries all reflected downward movements, bringing total decline in the goods-producing sector to 7.6 per cent for the quarter.

A decline of 0.7 per cent was recorded for the services sector

during the reporting quarter.

"Factors affecting the turnover for the quarter were weaker external demand for Jamaica's goods and services, tighter financing conditions and a deterioration of the fiscal deficit," said Knight, adding that the economy is expected to bottom-out by the second half of this year.

Meanwhile, mining and quarrying, suffering from the impact of the global economic downturn on the aluminium and alumina markets, registered a whopping 56.8 per cent contraction for the quarter, representing its fourth consecutive quarter-over-quarter decline.

While alumina production was badly hit during the period, plummeting 65 per cent, crude bauxite performed relatively better, with production sliding just 1.1 per cent.

Manufacturing, which also recorded its eighth consecutive drop, shaved 4.6 per cent from real GDP. The fall in the manufacturing sector was explained by lower out-turn in the food, beverage and tobacco sub-sector, which was down 5.6 per cent. Other manufacturing, such as sulphuric acid, detergent and aluminium sulphate, dipped 3.5 per cent.

Real value-added for the construction sector fell 3.5 per cent, reflecting declines in both residential and non-residential projects, as shown by a decline of 10.6 per cent in total cement supplied to the market.


Despite the consecutive declines in the country's real GDP, the PIOJ acting head pointed to a glimmer of hope reflected by recovery in remittances, Jamaica's largest earner of foreign exchange.

Remittance inflows to the island for the October to December reporting period was up 0.2 per cent, amounting to US$479.5 million and representing the first quarterly increase since July to September 2008.

The short-term forecast for the overall economy is for continued weak domestic demand, higher inflation coupled with positives, such as lower interest rates and increased market confidence stemming from the recent signing of a standby agreement with the IMF.

Still, further GDP decline is projected for the next quarter in the region of one and two per cent, with real GDP expected to register contraction within a range of two to three per cent.