When the Speaker left the House 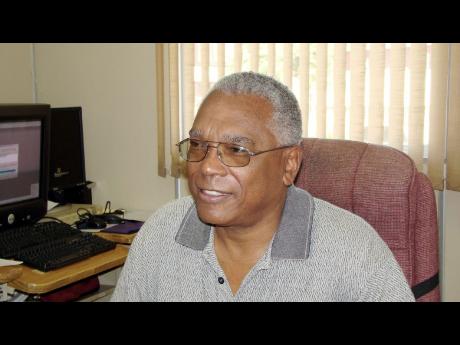 MARTIN HENRY'S Sunday Gleaner column of January 31 entitled 'Chaka-chaka social behaviour' continues to resonate as a context for identifying what is wrong and dangerous about the present state of our public behaviour.

There is a committee at work saddled with the unenviable task of setting guidelines and recommendations for developing national standards of public conduct.

We need to wish this committee well as the elements thriving on vulgarity and crassness will put up a fight against any move that threatens their comfort zone.

We understand that the first draft of the action plan is now ready and a final draft is to be presented to Parliament, yes, Parliament, "as a framework for guiding how Jamaicans conduct themselves in society".

The Speaker of the House must have got wind of this, as he has signalled a strong warning that he is finally prepared to take action against errant parliamentarians and will ask members "to leave the Chamber" in cases of bad behaviour.

Mr Chuck had better take care, as one of his predecessors in that chair, Mr B. B. Coke, actually walked out of the Chamber himself on June 19, 1957, so appalled was he at the disorder, abuse and sometimes amusing exchanges which occurred in the House of Representatives that day. As
The Gleaner
puts it, "the Speaker was so affrighted that he adjourned the House without having the mace removed".

Chief contenders were the chief minister, Norman Manley, and, his cousin, Leader of the Opposition Alexander Bustamante.

The two men went toe to toe after Manley, who was speaking on the powers of the new Cocoa Marketing Board, commented on a conversation taking place between 'Busta' and Mr Edwin Allen.

Mr Manley complained to the Speaker "that it would greatly assist if we didn't have this continual murmuring of people trying to instruct and advise during the debate - talk about good manners".

As expected Bustamante instantly shot back, "For God's sake! Apply bad manners to yourself."

Mr Manley, still on his feet, replied directly: "If you don't know good English, you shouldn't speak in this House. And instruct your advisers to teach you what the bill is about before we get here."

When Manley went on to say that "one of these days we will hear someone saying in
sotto voce
to the opposition leader, 'twice ones are two, twice twos are four ...'". Bustamante now on his feet commented, "Is a pity we have a clown in the House. You are like a peacock without feathers."

By this time, the entire House is in uproar, with A. G. S. Coombs taking the fight to Bustamante, urging that he be thrown out of the House. This prompts a sharp response from Busta who tells Coombs, "I didn't go to Spanish Town for using indecent language."

Stung by this remark, Coombs responds with a claim that he knew when Busta was begging. "You are the biggest robber this country has ever seen."

By this time, Busta was on a high. "I know you from you used to sing, 'Gimme me back me shilling with the lion pon it'. No wonder they put you in short pants without a fine."

Coombs would have none of that. He shoots back at Busta, "You forget when you had one pants."

"Because he gave you the others to wear," jumps in Mr L. G. Newland.

At one point during the mêlée government member Mr Clarke leans over his seat and points to opposition member Tacius Golding who is fiddling with two weights held on the table. "I have my eye on you," he warns, possibly averting what could have been a stellar dramatic moment in the history of the House.

With members up in arms, it took some time before the Speaker adjourned the sitting. "I hope my decision is not rash, but I don't see how I can preside over another session under these conditions. I ask the public not to judge me too harshly for what I now do."

The Speaker then left the dais without waiting for the mace-bearer who followed him out of the Chamber.
The Gleaner
tells us that the sitting broke up in continued disorder.

Lance Neita is a freelance journalist. Feedback may be sent to columns@gleanerjm.com