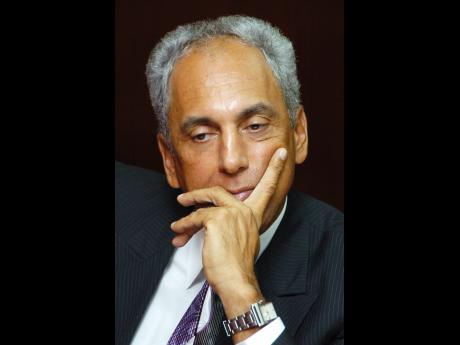 The Patricia Sinclair McCalla-led team appointed to carry out the transformation of the public sector has completed a first draft of the proposed changes, but it is still unable to say how many civil servants will lose their jobs.

However, the unit yesterday made it clear that there will be a reduction in the number of public- sector employees when the transformation is completed over the next 12 to 18 months.

"I would be less than honest if I didn't say to you, based on this initial draft, it is obvious that there will be a reduction in some areas in terms of the numbers in the public sector," Sinclair McCalla told journalists during a media briefing at Jamaica House.

"What we have done is to look at the number of ministries and entities and the services provided and we have made recommendations ... . This matter is being reviewed for further action and therefore I am not in a position to state precisely where the areas of contraction will take place," added Sinclair McCalla who has been dubbed 'cutter-in-chief'.

She said the recommendations from her unit include shared corporate services which would lead to contractions in the number of staff at some state entities.

Sinclair McCalla's unit has been set a March 31 deadline by Prime Minister Bruce Golding and she is confident that despite the amount of work required, the target will be met.

In the meantime, banker Peter Moses, who heads the Consultative Monitoring Group (CMG) which is overseeing the transformation, was adamant that the process was not focusing on cutting staff to reduce the Government's wage bill.

"This is not a cutting group .... . If this exercise was about cutting staff, we could do that in a fairly short period of time," Moses argued.

"I don't see my chairmanship and the members of my team being engaged to cut staff. We are here to find ways to improve the efficiency related to the public sector," he added.

According to Moses, the transformation process is to create a public sector that works better than it does now.

He was supported by Wayne Jones, who heads the Jamaica Civil Service Association and sits on the CMG.

Jones argued that civil servants are in agreement with the Government about the need to transform the public sector.

"As the voice of the workers in the public sector, we have always believed in the need for constant review and renewal aimed at improving the service that we deliver," Jones said.

He claimed that public-sector employees who might lose their jobs are now better equipped to face the challenges that would bring because of the increased training they have been exposed to in recent years.

The Government is now carrying a public sector with approximately 117,000 people and a wage bill of nearly $127 billion, or approximately 12 per cent of the country's GDP.