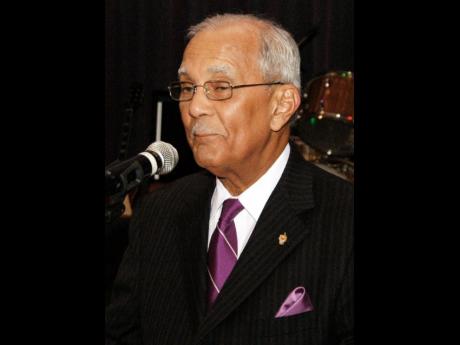 THE MAN who has led the Government's efforts to divest Air Jamaica, Dennis Lalor, has defended the process in the face of mounting criticisms over the decision to sell the airline tothe Trinidadian entity, Caribbean Airlines.

With support seeming to be growing for a last-minute bid by the Jamaican Airline Pilots' Association (JALPA) to acquire Air Jamaica, Lalor yesterday fired back at persons who claim that the pilots have been shafted.

"The divestment com-mittee is satisfied that throughout the life of the Air Jamaica Divestment Project, the Government of Jamaica has taken all steps possible to ensure a fair and transparent bidding process and to protect Air Jamaica against the threat of transferring its management to an unqualified and unprepared investor," Lalor said.

He outlined the process followed so far, pointing out that the original deadline for expressions of interest from potential purchasers was March 31, 2009, before this was extended to June 30.

At that time, seven entities, not including JALPA, submitted expres-sions of interest.

According to Lalor, by July 2009, discussions started with the preferred bidder Indigo Partners before the talks broke down and the Govern-ment shifted its interest to Caribbean Airlines.

Lalor said that potential investors were required to display technical expertise and financial strength, as the Government did not intend to divest the airline to a party which would be incapable of its long-term sustainable development.

In a seeming dig at JALPA, Lalor also pointed out that potential investors were required to have current financial resources, which were superior to the investment required in Air Jamaica.

Until recently, JALPA was still fishing around for investors to finance its takeover bid, even as it claimed that employees would invest some of the money they would collect from the Govern-ment when the airline closed its doors.

But as Lalor released his defence, the pilots were continuing to drum up support for what is appearing to be more and more of a lost cause.

Secretary of JALPA, Captain Maria Ziadie-Haddad, was in South Florida last week, where she told approximately 70 residents that her organisation had sound, equity investors in place.

But Ziadie-Haddad told the community forum organised by Jamaican radio personality Dr Bevon 'Duke of Earle' Earle that she was unable to provide details because of non-disclosure agreements.

Ziadie-Haddad also encouraged Jamaicans living in Florida to express their views connected with the divestment to the Government of Jamaica, as well as the Air Jamaica board.

This was well received by members of the audience, with several pledging to do their part to pressure the Government to keep the airline in Jamaican hands.