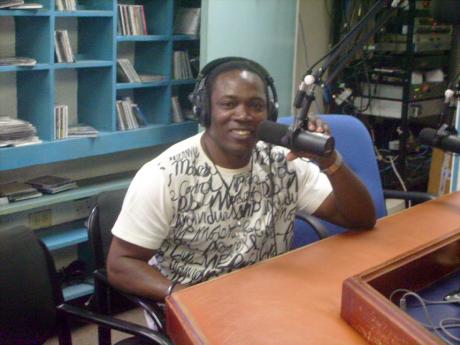 AFTER THREE years as host of News Talk 93 FM's 'Saturday Night Takeover' show, disc jockey Tony Gallimore believes he has the formula to overcome his status as dancehall radio's dark horse, once he gets more time on the track.

"We definitely need more airtime if we are to compete with some of the guys at the other stations," Gallimore told
The Gleaner
recently.

Gallimore spins the latest in dancehall and hip hop from 10 p.m. to 12 a.m. during what is arguably the most competitive time zone in local radio. His rivals, who offer a similar playlist, include DJ Kevin on FAME FM, Mighty Mike at Irie FM and Troy McLean from Hits 92 FM.

Unlike his fellow 'jocks' who hold additional slots during the week, Gallimore appears only once. Despite the disparity, he said 'Saturday Night Takeover' has held its own.

"Our listenership has grown based on the calls coming in, especially from so-called garrison communities and that shows we are doing well," he said.

Gallimore joined News Talk 93 FM three years ago when it was known as Radio Mona. At the time, its pilot programme was the highly-rated morning talk show, 'The Breakfast Club', then co-hosted by professor Trevor Munroe and former government minister Anthony Abrahams.

The station has broadened its base considerably and has reaped significant dividends. This is due largely to the colourful banter of Kingsley 'Ragashanti' Stewart's 'Ragashanti Live' show and 'D'Sizzle', which is hosted by Denise Hunt.

Gallimore believes his two-hour programme has similar appeal but admits it does not match up to its 'stablemates' in a critical area.

"We just don't have a lot of advertisement," he said.

The St Mary-born Gallimore has been in radio for nearly 20 years. He started out as a broadcaster in Britain with the London-based Greenwich Community Radio Network, before switching to pirate stations which played cutting-edge reggae and hip hop.