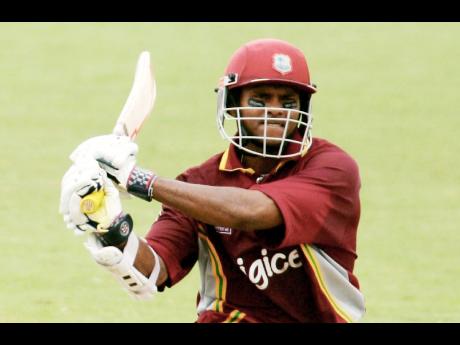 Rabindranauth Seeram has applauded Shivnarine Chanderpaul's input in to the Guyana team in the last two rounds of the WICB regional first-class competition.

The Guyana coach has described Chanderpaul as "an asset" to the side that has struggled in the competition this season.

"He has scored a lot of runs in the two matches he has played in the tournament so far and has been sharing his knowledge with the younger players," said Seeram.

The former Guyana batsman added: "His presence and his advice have helped the batsmen to show a little more consistency."

Left-hander Chanderpaul has had scores of 23, 77, 105 and 32 not out in his four knocks in the competition so far.

His batting in the sixth round match against the Leeward Islands, which ended on Monday, helped the Guyanese break their drought and clinch their first victory in 23 matches spread over three seasons of the regional competition.

Chanderpaul followed up his first innings hundred with 32 not out, as Guyana, chasing a modest 98 runs for victory, reached their target about 20 minutes before the lunch interval on the fourth and final day of the sixth round match at the National Cricket Centre. The victory means that Guyana have moved off the cellar to sixth on 19 points, and Leewards are just ahead of them in fifth on 22 points.

Also on Monday, Amit Jaggernauth was almost unplayable on a dusty pitch and spun Trinidad & Tobago to a 155-run victory over the Windward Islands.

The off-spinner captured five wickets for 47 runs from 15.2 overs, as Windwards, chasing 373 for victory, were dismissed for 217 in their second innings about 15 minutes before the lunch interval on the fourth and final day of their sixth round match at Queen's Park Oval.

Jaggernauth had Nelon Pascal caught close to the wicket to bring the match to an end and finish with match figures of nine for 105. The result meant that T&T have now moved into third on 33, and Windwards have plunged to the bottom-of-the-table with 16 points.

T&T face second-placed Jamaica in the final round at Progress Park in Grenada, where the Championship will be decided.

A victory for T&T would give the title to Barbados and deny reigning champions Jamaica a third straight grab; a defeat for T&T would hand the Jamaicans the title ahead of the Barbadians; and a draw would also favour Barbados.