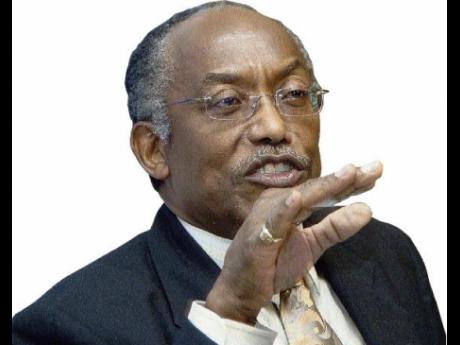 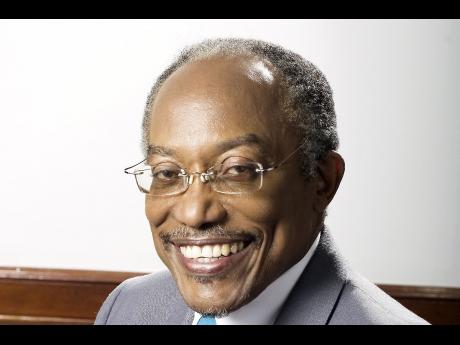 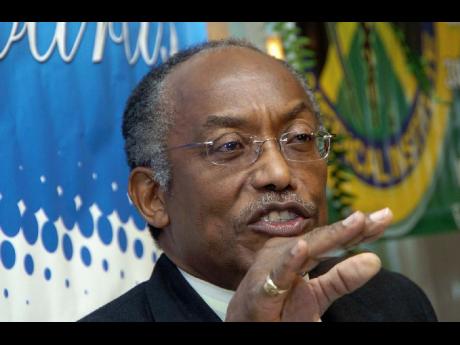 Professor Errol Morrison, President of the University of Technology
1
2
3

S
ince his appointment to the post of president of the University of Technology (UTech) in March 2007, Professor Errol Morrison has proved he has the Midas touch.

Under Morrison's tutelage, the university, once narrowly looked upon as Jamaica's bastard child of academia, has almost doubled the annual size of its graduating class, increased its enrolment by adding new faculties, and significantly spiked its income-earning power.

As
The Gleaner
entered the president's office recently, it appeared that walls do talk as the ones in Morrison's office spoke eloquently of his achievements. Hardly any space remains on the walls to hang more accolades.

However, it became evident that Morrison is not your average academic. Despite being well decorated - including the Order of Jamaica; the Queen's Gold Medal to the Commonwealth through the Royal Society for the Promotion of Health; and the Gold Musgrave Award for outstanding services in the medical sciences - the professor seemingly does not wear his achievements on his lapel.

Morrison, whose poor eyesight hampered his academic prowess in the very early years of his education, has a vision for UTech.

Born Errol York St Aubyn Morrison in 1945 to a schoolteacher and a policeman in Vineyard Town, Kingston, the professor's scholastic voyage eventually took him to the centre of the Mediterranean on the island of Malta, a small independent nation situated just below Sicily in southern Europe.

Brilliance seems to be written into Morrison's genetic code. He is the second of three children. His eldest sister, Claudette Smith, is a professor of demography at Wayne State University in Detroit, Michigan, while his younger sister, Marilyn-Lue Morrison-Padilla, has a PhD in Pharmacy and operates her own business in Fort Lauderdale, also in the US.

The Morris Knibb Preparatory and Franklyn Town Primary alumnus revealed that "despite the attributes you give to a private prep school", it was a teacher at the latter institution who realised he was being afflicted by his poor eyesight. Before that intervention, which led to him wearing spectacles, Morrison was almost last in his class.

"I wasn't doing well in school even though I used to read a book a day," Morrison recalled.

After getting glasses, he moved to the top of the class and stayed there.

However, Morrison maintains he was no nerd. In 1962, he even auditioned for the National Dance Theatre Com-pany, but the professor did not make the grade.

Morrison, who also attended the University of the West Indies and the Royal University of Malta, believes his Excelsior High School years were really what defined him academically.

"Those five years at Excelsior really made me what I am," he said with pride in his alma mater. After gaining six distinctions in GCE O'Levels, he copped the Jamaica Open Independent Scholarship in 1963 to aid in pursuing his tertiary studies.

He spent his first two years studying medicine at the UWI before going to Malta, where he did the clinical aspect of his training to become a doctor. He finished in 1969. After that, he went to London, England, and continued his studies.

"I am really a physician at heart," said Morrison, as he juxtaposed his administrative duties as president of UTech against his love for the medical sciences. "Diabetes has been my life's work."

Man on a mission

His peers agree that the professor, who is known on campus among his colleagues as 'Hurricane Morrison', is a man on a mission.

Dr Kofi Nkrumah-Young, associate professor of education financing and vice-president of planning and operations at the UTech, verified the moniker and Morrison's passion.

"He is a visionary; always thinking of new things to be done, challenging us to break new barriers for the development of the university and Jamaica," Nkrumah-Young said.

The university currently has a student population of more than 11,000, yet another record etched on the pages of the university's history books.

Seven months away from his 65th birthday, Morrison's passion for success has not aged a bit. And, there are no signs that the hurricane will slow down.

The gist of Morrison's mission at UTech is to "develop (its) institutional capacity to support the social and economic development of Jamaica and ensure sustainability in spite of the Government's declining subvention".

'He is a visionary; always thinking of new things to be done, challenging us to break new barriers for the development of the university and Jamaica' - Nkrumah-Young