Two Shops and little else 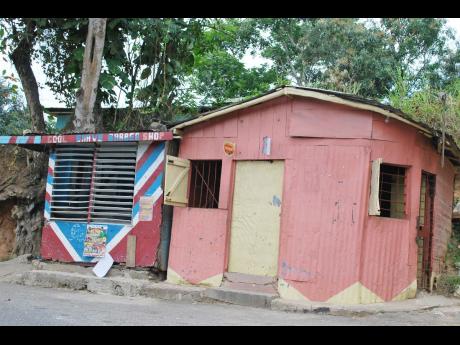 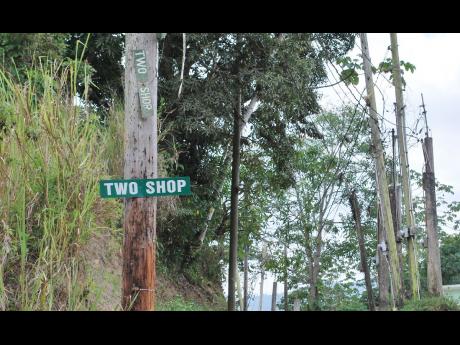 Now, a lonely country community can be experienced in one of two ways. It can either provide a welcome respite from the noise and confusion popular in more urban areas, or it can be quite eerie, leaving you feeling like an extra in a low-budget horror flick. You know, the kind who is always the first to die.

I felt like that poor fool when I wandered into a small community called Two Shop in hilly rural St Catherine, recently. I had started the journey in Lawrence Tavern, St Andrew, where I had spotted a road going up a hill I'd never noticed before. Having some time on my hands, I took the opportunity to explore this unknown territory. Into my van I hopped and up the hill I drove, anxious to find out what was ahead.

It was nearly 30 minutes later I started to rue the decision I made while still in civilised territory. I had so far seen nothing but green, prickly bush and blue sky for the entire journey. It was one of the loneliest roads I had ever come across in this part of the island and I was now desperate for any human contact that would at least assure me I hadn't inadvertedly travelled into a distant parallel universe.

Someone must have heard my prayer, because it was then that I spotted something that looked like a road sign nailed on to a utility pole. Screech! I stopped the van and hastily put it in reverse. Five seconds later I was next to the sign. The pole it was nailed to was at the foot of a dirt road, or driveway leading to what I assumed were houses. I thought the name of the community was odd, seeing nothing like a shop, let alone two anywhere around, but I figured they would be at the end of the driveway.

I parked the van and hopped out. The sound of chirping crickets was all I heard as I looked around. I started the trek up the hill.

"Oy Massa! Who go dung deh?" someone yelled. I froze and whirled around. There was some rustling in nearby bushes and out appeared a short man, possibly little taller than five feet wearing short pants and a t-shirt with Usain Bolt's image on the front.

"Mi nuh know yuh. Weh yuh come from?" he asked. I identified myself as the man took a seat on a nearby rock.

I asked the man if Two Shop was really the name of the place. "Yeah man. Den yuh nuh see di sign?" he asked almost mockingly.

Not far from where we were was a concrete house and in the distance was what looked like a small farm. Still, Isaiah was the first and only person I saw and there certainly seemed to be no shops around. I asked Isaiah if he knew how the place got its name.

"Well, I not sure, but I hear dat when Columbus did circle di place, him see two shop alone round here and is so him come up wid di name."

I burst into an unseemly bout of raucous laughter. what I thought at the time was the man's attempt at humour. Little did I know, he was quite serious.

"Wah sweet yuh?" he asked, his face without expression.

I fumbled a response about remembering a joke I had heard before and quickly changed the subject by asking him if there were any shops in the small community today.

"Yeah man. One barbershop and a cookshop deh pon di edda side," Isaiah said, getting up from the rock.

"If yuh waan see it, just walk pan di edda side and go dung likkle bit until yuh see it," said he.

"Mi gone though. Mi haffi tell di old lady bout dis yah one," he muttered and was off. I'm still not sure what he meant by that, but I walked off as well, following the man's directions until, finally, I came across the two shops in the community today. There was no sign of life there either, but indeed, there are two shops in Two Shop after all.