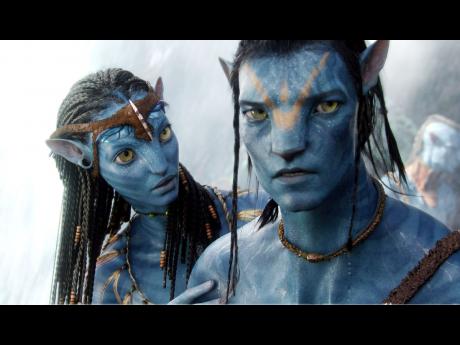 Can
Avatar
, the most successful film of all time, take it a step further by winning the Best Picture Oscar 2010?

The star-studded 82nd annual Academy Awards ceremony will take place at the Kodak Theatre in Hollywood tomorrow night and is expected to be watched live on television by a global audience in excess of a billion people.

Avatar
, which up to last weekend grossed an astonishing US$2.5 billion worldwide since opening Christmas 2009, has broken box-office records everywhere.

But can this transform into Oscar gold as well?

The sci-fi film epic is one of 10 films nominated for Best Picture - the first time in more than 70 years that so many films have been cited.

Avatar
is joined at the top by contender,
The Hurt Locker
, with nine nominations, while completing the list are
The Blind Side
,
Up In The Ai
r,
Inglourious Basterds
,
Precious
,
A Serious Man
,
District 9
,
An Education
and the animated feature
Up
.

It baffles me why the Motion Picture Academy of Arts and Science took the initiative to increase the number of films from five to 10 this time around, thus watering down the process. I understand that the change was spurred by the non-inclusion of the very popular blockbuster film,
The Dark Knight
, from the list of five last year and the resulting fallout.

In my opinion, some of the films included this time around were short of the quality usually associated with this category. Those most worthy of making the list are, of course,
Avatar
,
The Hurt Locker
,
The Blind Side
,
Up In The Air
and
Precious
. Why, for instance, should
Up
be in the running for Best Picture when there is a special category for Best Animated Feature Film?

I think the Best Picture Oscar will go to
Avatar
, if only for its groundbreaking use of technology. It is interesting to note that none of the actors in
Avatar
were considered good enough to be nominated, even though I thought Stephen Lang, as the evil Colonel, was worthy of gaining a Best Supporting nomination. He was surprisingly overlooked, but not so director James Cameron, who won both Best Director and Best Picture with his 1997 blockbuster
Titanic
.

While I expect Cameron to win for Best Picture as the producer of
Avatar
, I think he will be beaten by his ex-wife, Kathryn Bigelow, in their face-off for Best Director.

Bigelow did some outstanding work in the director's chair with
The Hurt Locker
, a riveting film about a band of United States soldiers defusing bombs in war-torn Iraq.

Best Actor will more than likely go to second-generation actor Jeff Bridges, who has been a fixture in Hollywood since the early '60s when he and his older brother, Beau Bridges, used to appear on their dad's (Lloyd Bridges) old television show, the popular
Sea Hunt
series, which was shown regularly in Jamaica on JBC-TV back in the day.

Bridges, who played a washed-up, alcoholic country singer in
Crazy Heart
, has already won a Golden Globe as well as SAG (Screen Actors Guild) award for his highly acclaimed role, and while it could be said that George Clooney was also good in
Up in the Air
, not to mention Morgan Freeman as Nelson Mandela in
Invictus
, Bridges, who has been nominated four times previously, should be fifth time lucky.

I liked him in the first remake of
King Kong
many years ago, I loved him in
The Jagged Edge
and also as the wealthy owner of the horse,
Sea Biscuit
.

Sandra Bullock, who has been nominated for the first time ever for her role in the hit film,
The Blind Side
, was so convincing as the sassy suburban housewife who takes in a homeless African-American teenager into her family that she should upstage Oscar legend Meryl Streep in
Julie and Julia
for the coveted award. Newcomer Gabourey Sidibe was also excellent in the title role of an abused teenager in
Precious
and if there is an upset, look no further.

Finally, as far as I'm concerned, Mo'Nique and Christoph Waltz are overwhelming favourites to walk away with the Best Supporting Oscars. Set your house on them, as they say in horse racing.

Mo'Nique was simply brilliant as the mother from hell in
Precious
, while Waltz, as the sophisticated but nosey German officer, dubbed the 'Jew Hunter' in Quentin Tarantino's
Inglourious Basterds
, has no peers.

Orville Clarke is a decades-old film buff and sports writer. Email your thoughts to saturdaylife@gleanerjm.com.