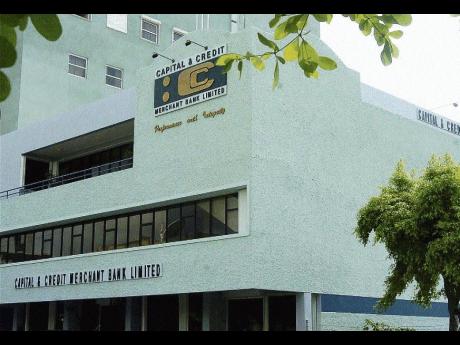 Capital and Credit Merchant Bank (CCMB ) has issued its own debit card, giving some of its account holders access to the local MultiLink networks for both automated banking and point-of-sale transactions.

The financial institution will not be developing its own ATM network, but has partnered with the umbrella credit-union group to piggyback on its infrastructure.

The merchant bank said last Tuesday that it launched the card with permission from the Bank of Jamaica (BOJ) and after negotiations with primary members of the MultiLink network, particularly the Jamaica Co-operative Credit Union League (JCCUL), which has given permission for use of its Easi-Access outlets.

"BOJ permission is given as long as the accounts with deposits exist to support the card," said CCMB Marketing Manager, Michelle Wilson-Reynolds.

The merchant bank joins a network that now numbers 10 issuers.

Edmundo Jenez, general manger of JETS Limited - operators of MulitLink - says the 10 issuers include seven companies that have an ownership stake in the network, and three others, which are individually sponsored by owners.

The three licensees include the CCMB, which was sponsored by JCCUL .

CCMB said its card would be available for subscription by two categories of clients: its Capital Investor Plus and Capital Super Saver account holders.

The Capital Link debit card can be used at any Easi-Access or MultiLink ABM for withdrawals and account enquiries, and POS transactions at merchant outlets where the MultiLink sign is displayed.

CCMB, Jamaica's largest merchant bank with $27 billion of assets in a market valued at $33 billion, operates only three branches nationwide - Kingston, Ocho Rios and Montego Bay - which the merchant bank said, as a small network, was not the preferred route to debit-card access for its clientele.

Wilson-Reynolds said that the card was a value-added product for the merchant bank's clients and did not represent a new source of income for the financial institution.

CCMB is the only one of three merchant bankers to issue its own debit card.

By law, any deposit-taking institution regulated by the BOJ has that right upon approval by the central bank.

BOJ Communications Manager Tony Morrison said, however, that in the case of merchant banks, there is a 15-day delay or waiting period to access funds by cardholders after initial deposit.

The card issuer, Morrison indicated, is expected to advise their clients of this condition.