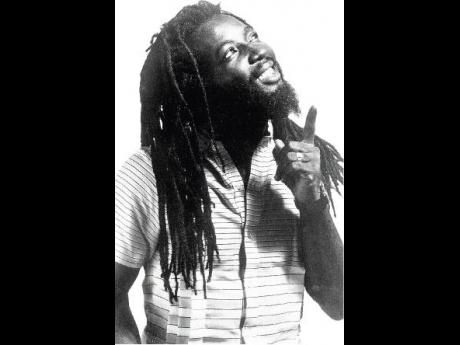 One morning in 1982, Freddie McGregor went up to Stony Hill, St Andrew, to the home of fellow singer Lynval Thompson. It should have been a very early start to the day but Thompson was not yet ready so McGregor sat down in a swing in the yard, a box guitar in hand, looking out over the harbour.

"Through the mist, me see a big ship with a whole heap of cargo," McGregor told
The Sunday Gleaner
. It was unusually shaped and unusually huge. He called Thompson, who also struggled to see it through the mist, then was also struck by its enormity.

The moment proved inspirational, as McGregor said he played an F Major 7, G Minor chord on the guitar and immediately started singing the chorus "big ship sailing on the ocean/me no need no commotion".

However, there was nearly a slip between the moment of inspiration and actually recording the song that would go on to be a number-one hit in Jamaica. McGregor said it was about 5 or 6 p.m. at the end of a long day recording at Channel One, Maxfield Avenue. The Roots Radics Band was packing up and he just went over to the piano and started playing the song. The late keyboard player Wycliffe 'Steelie' Johnson came over to the piano and started playing the phrase, guitarist Eric 'Bingi Bunny' Lamont plugged in his guitar and Errol 'Flabba' Holt did the same with his bass guitar, drummer Lincoln 'Style' Scott being the last to take his position. The engineer was 'Barnabas'.

Once they were in place, it was magic. "Everybody a say 'hit tune, hit tune'," McGregor recalled. At that moment, it was part of a hit tune, McGregor going on to develop the lyrics over the following days and return to the studio to complete the song, the first verse of which is:

Say when I'm ready you must hold on steady

Big ship sailing on the ocean ...

Big Ship
, produced by McGregor and Lynval Thompson, became the title track of the album for which tracks were being laid that day, and was the first single released from the set. He said it took a while to hit the top spot on the charts, as Yellowman's
I'm Getting Married
proved a stubborn chart topper. But, after a few weeks at number two,
Big Ship
gained the top position. "It was competitive but nice," McGregor said.

He pointed out that there was a coincidence which gave
Big Ship
added significance and push in England. That was the year of the Falklands War with Argentina, the British naval task force playing a huge role in the conflict far from the United Kingdom. Then there were the people who used it for far more leisurely water-borne pursuits, such as cruises.

However, there is a deeper meaning to the song. McGregor told
The Sunday Gleaner
that when he saw the ship coming into the harbour, his initial thoughts were about Marcus Garvey and the Black Starliner, pointing out that he was reading the Bible as well as other books extensively. "When me make the song and see how people react to it outside of what I mean, it is amazing," he says.

McGregor identified
Big Ship
as one of his most popular songs. Its reach struck him in 1983 when he performed in Hopi Land on an Indian reservation in the United States. He was on tour with Michigan and Smiley and the Studio One Band. It was his first time playing on a reservation and McGregor said, "We never realise that reggae reach so far up the Grand Canyon".

Big Ship
is about 12th in McGregor's concert set, depending on where he is performing and the strength of his various hits in those countries.