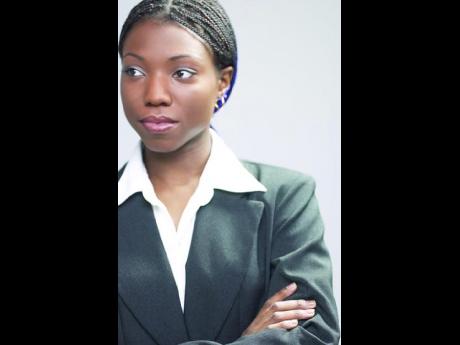 Q
Doctor, I am a 25-year-old woman but I have never known very much about sex, or men.


Because of my strict upbringing, I never even dated until three months ago. Then I decided that it was time to get out into the world and to find out what makes men tick.


However, their behaviour is completely bewildering to me. In the last few weeks, I have been out with six young men and one older, and I find their attitudes quite mystifying.


Without exception, the younger ones have been very polite and considerate at the start of the evening, but they changed gears as the evening progressed. Towards the end of the date, they seem to have become more 'wild', especially if they have had a few drinks.


By about 10 or 11 p.m., each of them started trying to get my clothes off or to touch my breasts.


Several of them have tried intensively to fondle my private parts, and two or three made enormous efforts to get me to put my hand on their more intimate parts.


The older man was a little more civilised, or maybe I should say more subtle. He did not attempt any kind of 'frontal attack' on my person. But he did tell me that he would give me lots of valuable presents and even holidays, if I would agree to be 'nice' to him.


And when I refused to spend the night at his house, he became quite bitter and resentful.


So, I find it difficult to work out what motivates these men. Am I doing something wrong? Or do I just need more time to understand them?

A No, I do not think you are doing something wrong. But it is clear that you have led a sheltered life, and that you are very unprepared for the fact that many men have a one-track mind.

Not all men are like that, and I feel you may have been a little unfortunate in your choice of partners. However, you do seem to have dated quite a lot of men in a very short period of time. I think you should take it easy and consider going on, maybe, a maximum of one or two dates a month.

You should also talk extensively with any female friends you may have and get them to advise you about men and their ways. It would be good if you could take wise counsel from some mature women who have had a lot of life experiences.

They will tell you that a lot of men - though definitely not all - are obsessed with the idea of exploring women's breasts and genitals and (if possible) penetrating their bodies sexually.

That may seem bizarre to you, but the truth is that one of the main reasons why the human race has survived is the fact that men are programmed to want to get their sperm inside the female body.

With luck, in time you may meet men whose main objective is not this. For your next date, try to find a man who is interested in you as a person, and who does not view women simply as sex objects.

Remember, there is no hurry! There are a lot of good men out there, and you have many years to find Mr Right.

I am a married man from St Catherine. Last week, I went to a business function in St Andrew, and I am sorry to say that afterwards I had sex for no more than half a minute with a beautiful woman I met there.


I say no more than half a minute because at the end of that time, I felt so guilty I stopped. She must have thought I was crazy.


Since I got home I have not had sex with my wife. But what I would like to know is, could half a minute have been enough time for me to get a VD?


Can one catch a sexually transmitted infection in such a short period of time?

A You can catch a sexually transmitted infection (STI) in just one second. Only a moment's penetration is required! Germs need very little time to make their way from one person to another.

You have done the right thing in not having sex with your wife. Do not do so until you have seen a doctor, and only after being told that you are not suffering from an STI.

Doctor, in a previous article you mentioned that there used to be a disease called yaws in Jamaica. I have been told that my grandmother had this.


Is it a form of VD? And could it have been inherited by my mother, and then me?

A Yaws is not a sexually transmitted infection. It is a skin disorder that was very prevalent in rural areas, particularly among very young children.

I do not think that it is possible for a grandchild to inherit yaws from a grandmother. But if you are worried, you can see a doctor and get a check-up and a blood test.

My periods started when I was 14. At what age will I experience menopause?

A One cannot forecast exactly, but it will probably be around age 49 to 51.

I am a 48-year-old man. To my surprise I have been having wet dreams recently.


Is this OK, Doctor?

This is my first pregnancy and my husband and I want to know if it is OK to have sex.

A Yes, generally speaking, it is perfectly OK to have sex while you are pregnant. unless your doctor or midwife says that, for some reason, you should not.

I was diagnosed with diabetes last year and since then I have been unable to get a good erection.


Would Viagra help me, Doctor?

A Unfortunately, some men do 'lose their nature' when they get diabetes.

Fortunately, Viagra does help at least 60 per cent of them. If it does not, it would be worth trying one of the two related drugs, Cialis and Levitra.

I am married but I have lost interest in sex. Is there any medication that would help me?

A Not yet, though scientists are working on it. Usually, the best thing is to go and see a counsellor, preferably taking your partner along. Often, a change in attitude, or a change in sex technique, will help.

Email questions and aomments to editor@gleanerjm.com. You may also read Doctor's Advice in the Saturday Gleaner.