A life of caring 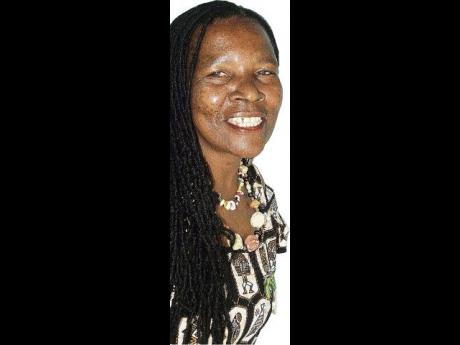 For almost two decades, Daisy 'Jackie Root' Blackwood has lived her life selflessly. She has opened her home and heart to help the less fortunate.

On October 16, 2009, Blackwood received a Badge of Honour for Meritorious Service recognising her dedication in the care of needy children.

In a telephone interview with
Flair Magazine
, Blackwood noted that her 'children' range in age from six to 101. They include children and adults who have cerebral palsy, HIV/AIDS and Alzheimer's. She currently has 14 persons whom she cares for with the help of two men.

A practical nurse, she visited homes with children with disabilities when she worked with the Private Voluntary Organisation in St Ann. "I found out that the Government or organisation that takes care of them only do so until they are 18. A child with disability grows up to become an adult with disability."

In 1992, she started a yearly summer camp. One year she was asked if she accepted children with HIV. "In those days it was very stigmatised. And I said, 'Of course. A child with HIV is still a child'."

Three boys came; two were being adopted but one had nowhere to go and wanted to stay with her. "Now he's a big 17-year-old," she told
Flair
, sounding like a proud mother.

Blackwood never says no. "There was a woman in Brown's Town and two of her children had cerebral palsy. She said to me, 'Jackie, if anything happen to me they are yours.' Unfortunately she died and I collected them."

All this with no state funding. How do they survive?

"We are poor but we are used to baking the puddings and frying the fritters. We are vegetarians so we do a little vegetable."

She says she has very good friends who always remember them and some women's groups from churches in the area will occasionally assist with supplies. "When the food gets low and they have no pampers, those are my worst moments," she said. She explains that for those who are on antiretroviral drugs, the medication is free. But there are no other major medical issues.

"Would you believe that no one has diabetes or high blood pressure? If someone gets a cut or something, I can deal with that."