The Year of Women 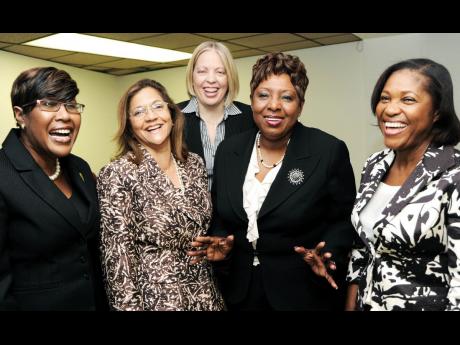 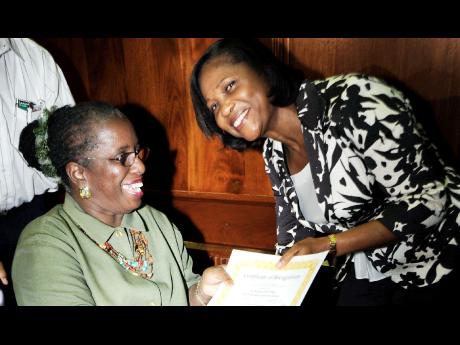 As women from all spheres of Jamaican life gathered downtown Kingston to mark International Women's Day, Inter-American Year of Women was officially launched in the island yesterday.

Olivia Grange, minister of youth, sports and culture with responsibility for women's affairs and gender issues, launched the Year of Women at the Jamaica Conference Centre.

The decision to label 2010 the Year of Women was made at the general assembly of the Organisation of American States in 2007. The year will be focused on women's rights as human rights, which is in line with this year's theme for International Women's Day, 'Equal Rights, Equal Opportunities: Progress for All'.

Lady Allen, patron of the Bureau of Women's Affairs, who hosted the function, assured those present that her husband, Governor General Sir Patrick Allen, gave his full support and sent greetings, saying that his absence was no reflection of his support.

Throughout the morning's function, one sentiment kept recurring: women have come a far way but there is still much more to be done to attain full equality. Dr Hernando Agudelo, director of the United Nations Population Fund, said that women were the weavers of the fabric of society and that gender equality was one of the greatest challenges of our times.

But there was also much to celebrate, and the bureau honoured the trailblazers in Jamaican society, women who continue to make outstanding strides in their chosen fields. Some of the women honoured were Joy Spence, Anya Schnoor, Jevene Bent, Ionie Ramsay, Maria Ziadie-Haddad, Doreen Billings, Dr Heather Little-White and Prudence Kidd-Deans.