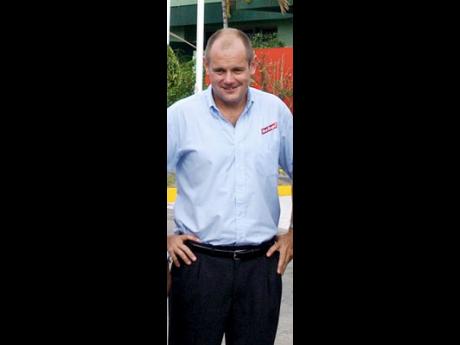 Andrew Jones, a Diageo veteran for 23 years, has demitted his seat on the board of Desnoes & Geddes Limited, which trades as Red Stripe, to take up a new assignment outside Jamaica, the company said.

Jones was also supply director at Red Stripe, responsible for brewing, packaging, engineering, quality, logistics and distribution of the finished product to both the domestic and export markets, as well as capital investment, health and safety and the environment.

He resigned from the board on February 28.

The chairman of a Trinidad government agency that oversees public construction and manages billions in contracts resigned Saturday amid a corruption inquiry.

Calder Hart did not say why he was leaving the Urban Develop-ment Corporation of Trinidad and Tobago, known as UDECOTT. But a panel recently finished investi-gating the agency for how it awarded contracts and procured services and materials for the construction of state buildings.

Those included the National Academy for the Performing Arts, a new home for Prime Minister Patrick Manning and a still-unfinished stadium that was supposed to host the 2007 Cricket World Cup.

A judge on Friday, March 5 dismissed a request from UDECOTT to prevent the panel from sending its findings to the president of Trinidad.

The panel has not publicly released the findings.

Manning had staunchly defended Hart but appointed a commission of inquiry when the opposition presented information in Parliament about possible corruption within the agency. Shortly before naming the commission, Manning fired senior cabinet minister Keith Rowley, who had questioned operations within Udecott.

Manning left Saturday for London and could not be reached for comment.

Hart oversaw the corporation for more than a decade. He was also director for the boards of four other major state agencies, including Trinidad and Tobago Mortgage Finance Company and the National Insurance Property Development Company, which oversees the state insurance system.

A new UDECOTT chairman has not been announced.