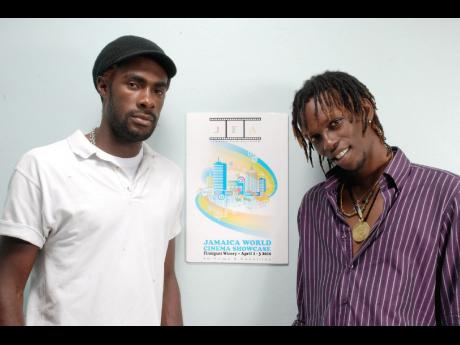 In an effort to show off Jamaica, films by local and international film-makers will be shown at Jamaica World Cinema Showcase (JWCS) next month.

Reggae News Corporation CEO, Lloyd Laing, said the showcase was first staged in October. He pointed out: "It was created as a platform to showcase films from the regional and international indie/grass-roots film circuit, and to expand the arts-oriented entertainment offerings in Kingston."

He added: "Because of its avant-garde nature, it is a perfect platform to showcase the works of young and aspiring film directors who may have been overlooked by the other avenues available to local film directors."

He said when the submissions started last August, the main criterion for entry was that "the films must speak to the Jamaican social experience on a global level. We must be able to identify our own experience in each film".

The local films to be featured are Kimala Bennett's Hair, Mykal Cushnie's groundbreaking conglomerated documentary WAR Stories (a look at the life of Guyanese intellect and activist Dr Walter Anthony Rodney), Omaall Wright's Real Ghetto Youth and the Rickards Brothers' The Last Don. The event will also showcase nine feature-length films from around the world, including the United States, Italy, Singa-pore, Belgium, Canada, the United Kingdom and France.

Laing explained that when the submissions started, there was over-whelming support from directors overseas.

"However, after our inaugural showcase last year, many Jamaican film-makers at home and aboard have showed interest. This spring showcase will actually have four Jamaican films. That's a threefold increase," he told The Gleaner.

"We hope that the support we have received from Kimala Bennett, Mykal Cushnie, Omaall Wright and the Rickards Brothers will inspire other home-grown prodigies to step forward during our fall showcase. But, based on the current prospects, our fall showcase should be filled with Jamaican films."

Laing said a special effort was made to include some of the younger film-makers in the event. He said that he realised that musicians, poets and artistes were able to express themselves and expose their talents through events like Jamnesia, King-ston on the Edge and Seh Sumpin'.

"Hopefully, JWCS will be that avenue for home-grown and Carib-bean-based film-makers," he said.

The event is privately funded by corporate citizens who, Laing said, see the showcase as a way of contributing to the development of the new arts movement taking place in Jamaica.

"We reached out to JTI (Jamaica Trade and Invest) last year and missed our summer deadline. So, we decided to call on supportive corporate citizens such as D. Bisasor and Associates, Stanley Motta Rentals, AV Support Limited, Telstar Cable, TalkTV and Nexcite, who all chipped in to make it a memorable event," said Laing.

And, since JWCS is still very young, there are high hopes for the future of the event.

"Our long-term plan is to grow the product organically so that, in another three to five years, it will be a premier event on Jamaica's entertainment calendar. Hopefully, we can extend it to seven days and incorporate other venues. But, in the short term, our objective is to simply make our mark with quality entertainment at an affordable cost, delivered with a different experience," Laing said.