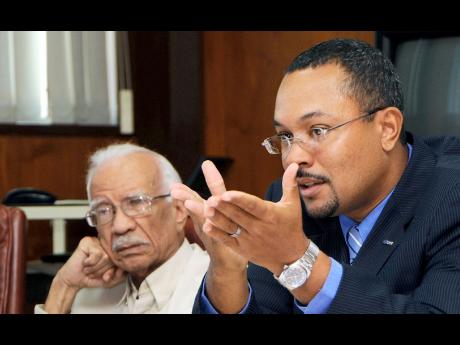 IN A turnaround from the previous year - when it posted a loss of nearly $445 million - The Gleaner Company reported net profit of $208 million for 2009, including $48 million it booked in the group accounts as net proceeds from last December's sale of Sangster's Book Stores. Once fully paid, the divestment of Sangster's will have injected more than $350 million cash into the group.

"Having cash in the current economic environment is not a bad position to be in," Christopher Barnes, The Gleaner's deputy managing director, said in an interview.

"It not only provides a cushion against the unexpected, but it helps to put the company in a position to pursue opportunities should they arise," Barnes added.

At a briefing for investment analysts yesterday, the media company's group finance manager, Rudolph Speid, explained that the Gleaner's performance was creditable, especially when viewed against the backdrop of a difficult economy.

The group profit improvement, taking into account the $445 million loss in 2008, was approximately $653 million. Indeed, of its 2008 loss, $367.8 million, or 83 per cent, represented the write-downs in the value of the Gleaner's United Kingdom and North American operations, a cost which did not recur in 2009.

Trading profit, normally a proxy for true operational performance, improved by $194 million from $14 million in 2008.

Indeed, in this brittle economy, where the advertising revenues of some media companies continue to decline, the Gleaner group has not only held its own, but maintained a strong balance sheet with approximately $2 billion in shareholders equity.

Yet, as Speid noted, the Gleaner's market value at the end of 2009 was $1.4 billion, or only 70 per cent of its net book value. "What this theoretically means is that our stocks are at this time undervalued."

While the Gleaner's group revenue in 2009, at $3.3 billion, was relatively flat, the group benefited from the reorganisation of its business and other cost-control measures.

Improved operational efficiencies showed in the cost lines on the income statement.

For instance, in a year when inflation topped 12 per cent, the Gleaner cut its cost of sales by seven per cent - from $1.8 billion to $1.6 billion - and lowered its administrative expenses by three per cent. "Other expenses", which increased by $85 million, or approximately 19 per cent, included a $100-million provision for restructuring activities, which the company intends to continue to ensure future sustainability.

Much work to be done

Barnes, at yesterday's briefing, stressed that despite the Gleaner's improved performance, there was still much work under way to adjust the company to the changing media environment and to extract larger returns from its operations.

He highlighted, for instance, the recently commissioned redesign of the Gleaner newspaper's website www.jamaica-gleaner.com, and efforts to add value by exploiting social media offerings like Facebook and Twitter to drive traffic to all online properties and enhance them as advertising vehicles for businesses.

"Despite what you have seen here, we are not yet out of the woods," Barnes told the analysts.

"A 10 per cent return on equity, while good, is certainly not enough in the market of today. We have to push for improvement."

He closed with the statement that 2010 would be equally, if not more challenging than 2009, and that the company would not become complacent having achieved these results. He thanked company directors, management, staff and all Gleaner stakeholders for their support in effecting the company's performance improvement.